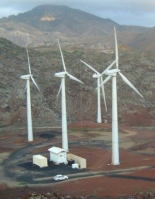 To determine the investment trend in the cleantech market segment, the study looks at the number of transactions, amount of dollars invested, and the investors currently in the space.

According to the study, cleantech—broadly defined as any technology that enhances the use of natural resources—still represents a small portion of the nearly $25 billion in 3200 U.S. venture capital transactions made between April 2006 and March 2007. During that 12-month period, only 121 transactions totaling $1.36 billion were made in cleantech ventures.

The study identified three major factors that are causing mainstream technology and life sciences venture investors to tread cautiously in the cleantech market. The first is the market’s breadth. The others are cleantech’s unique funding requirements coupled with low margins on cleantech products, and heavy government subsidies that control the market for cleantech products.

Introduction
The recent spate of news reports on the surge in Cleantech investing probably conjures images of the dotcom boom, with Cleantech entrepreneurs driving up and down Sand Hill Road and Route 128 pitching their plans to venture capitalists eager to finance the next big thing.

While there is no question that Cleantech is hot and that venture capitalists are paying a lot of attention to the space, Topline Strategy’s analysis shows that rather than rushing headlong into Cleantech, the mainstream venture capital community is taking an active but measured interest in the space.

One of the first major issues about Cleantech investing is just figuring out exactly how much venture capital has been invested in the market. While the Cleantech Venture Network reported that $2.9 billion was invested in North America in 2006, Ernst and Young reported a far lower figure for U.S. venture investment (which makes up most of the North American total)—just $883 million.

Topline Strategy’s own analysis of the 12-month period from Q2 2006 to Q1 2007 (a slightly different period) places the number at $1.3 billion. While that is a lot of money, from the venture capital perspective the sector is still in its infancy and has not reached the inflection point.

Both the total dollars invested and number of venture transactions have remained relatively flat quarter over quarter, and as a whole the sector still represents just a fraction of all venture capital – 4.9% of all deployed capital and 3.7% of all transactions.

Furthermore, a deeper analysis of exactly who is investing in Cleantech reveals that, with a couple of notable exceptions, the mainstream venture community (defined as the firms that focus on the High Tech and Life Sciences sectors that make up 84% of all VC investment) has not been the primary investors in Cleantech.

Of the 16 venture firms that have invested in 3 or more Cleantech companies during the Q2 2006 to Q1 2007 period, only 7 are among the Top 100 High Tech and Life Science venture capital firms. The primary investors tend to be niche companies who have been specializing in energy and Cleantech investing for quite a while.