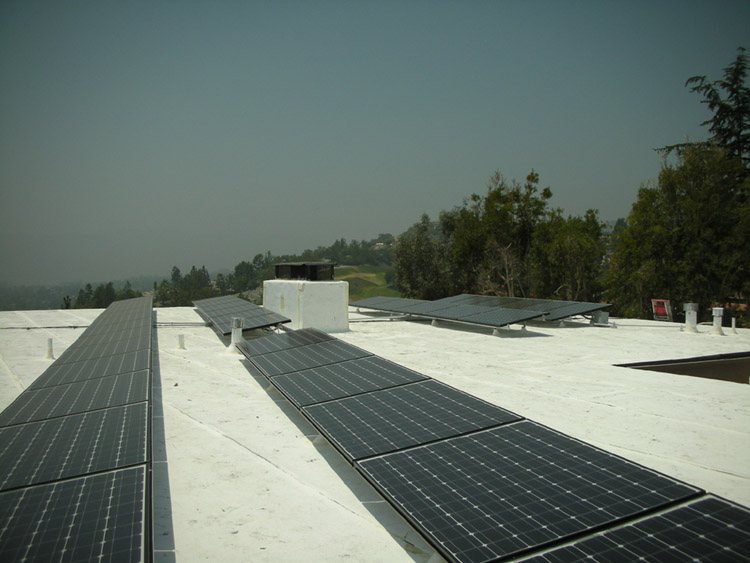 Since the inception of California net metering in 2001, we have seen countless solar installation companies emerge then disappear.  In the vast majority of cases, cash flow issues did them in.  Solar installation is one of the toughest construction trades that exists, with huge competition, dismal margins for the most part, 10-year installation warranties and crushing worker’s comp costs.  The sector’s instability is bad news for consumers, and it gives the industry a bad rap.

Financing as a revenue source

Around 2008, heavily capitalized companies such as Solar City and others switched their revenue model from installation contracts to financing.  Their businesses have long term passive revenue streams that represent the bulk of their valuation.  A company with guaranteed long-term income stream has capitalization options that will allow it to grow through the ebb and flow of business volume.

In contrast, small and medium residential companies typically have no internal financing, so they hand over their customers to financing entities, with no compensation whatsoever, just to be able to book the sale.  Such construction companies are valued strictly by the number of sales they have on their ledger.  Given the cyclicality of solar sales, that can make for tough cash flow challenges.

A captivating new option has emerged from a new California-based financing program that could even out those cycles.  It creates a true partnership between the financing entity and the selling installer.  The program is currently only offered in California, but the concept could potentially allow any reputable installer to develop a long term base of passive income, just like the big boys.

The residential installer as a PPA partner

This residential PPA program, which is marketed by cleanfinancing.com (Disclosure – I am associated with that entity), offers to pay the installer a fixed value per installed watt that is much greater than the current average per-watt sale price of residential installations. Only about half of the per-watt amount is paid upon completion of installation, and the other half is turned into passive income over the life of the PPA. The key, of course, is that the installer must be able to meet the hard costs associated with the installation from the initial half of those payments.  Efficient installers should meet the threshold, even in California.

For the second part of the payment, the installer then gets what is unheard of in the industry: on-going cash flow, constant in good and bad times, for the life of the PPA. What’s in it for the financing entity?  The program incentivizes the installer to remain connected to that customer for the duration of the financial term. Essentially, just as is the case for Solar City and Sunpower, the installer is committing to servicing the system over the long run of the PPA.   So, provide value to the financier, get a piece of the PPA.

For the right installation company, this can be destiny changing. By being able to book guaranteed future revenue over a very long term (20 to 25 years), management can create a valuation independent of the cyclicality of signed contracts; over time it can leverage that valuation to obtain lines of credit, to create a solid exit strategy, or engage in mergers and acquisitions.

For the financing entity, this commitment by and to the installer solves a significant problem: the certainty of long-term operation of the system is held in a value that will be paid out over the life of the contract. Should the installer not deliver on that operational accountability, the value held in reserve can be redirected to contingency maintenance plans.  The program then benefits from a much lower risk factor, which in turn significantly lowers the credit requirement from the customer.

The customer is happy because his installer stays in business; the financier has a stabilized maintenance risk, and the installer has security.  It’s a big win.

Clearly this program is not for everybody in the installation industry; the most efficient installation companies might only be able to transition a fraction of their installations initially, shrinking their net cash flow in the short term.  Companies that offer solar as well as other building improvements, like roofing or HVAC, may have a much easier time of it because they can absorb some of the initial margin from selling two services at the same location.   But for those companies that can plan a gradual, increased migration to this form of financing, the program could be transformational.

This residential PPA should be financeable through PACE, as are traditional PPA’s, though no deals have yet been made with any PACE administrators.

Save for PACE itself, in my opinion this is the most creative innovation in solar financing since the introduction of the residential solar PPA program in 2007.  It will likely remain a specialty program, at least initially.  But its success would be positive for the entire industry and I hope competitive, similarly structured programs emerge.  It would stabilize the installation business and force construction efficiencies.