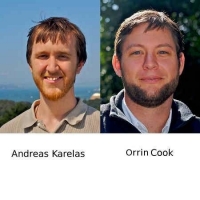 The trend of the past five years has been that commercial customers, including corporations, organizations, and businesses, have been the strongest, fastest growing sector of the voluntary renewable energy market. A new publication from the Center for Resource Solutions (CRS) entitled “Insights into the Renewable Energy Market: A Brief Overview of Procurement Trends, Drivers, and Impacts of Voluntary Commercial Purchasers” outlines these trends and their significance to renewable energy in the United States.

Commercial purchasers are driven by consumers who increasingly want to see companies support renewable energy.  As more companies decide to use renewable energy, and more supply is dedicated towards this purpose, demand from the voluntary market in conjunction with compliance markets will drive renewable energy growth in the United States.

Growth of the Voluntary Market and Commercial Purchases

The CRS report reveals that in the past five years the amount of renewable energy demanded in the voluntary market has grown by 500 percent.  In 2008, 77 percent of voluntary sales were to commercial customers, while the rest was purchased by residential customers mostly buying renewable energy for their homes from green-pricing programs with their local utility.

Certification is also a key component to the criteria of commercial purchasers.  Sophisticated buyers demand renewable energy that has been properly accounted for and comes from generation with the highest environmental standards.  Green-e Energy, a program administered by CRS, is the leading certification body of the voluntary market, certifying over half of the retail market in 2008.

In addition to product choice, length of contract, location of generation, and of course price are key factors in commercial purchasers’ decision-making, and are examined in the CRS report.

Commercial purchasers are driven primarily to meet consumers’ demand for an environmentally friendly product.  In other words, American consumers have been fueling the demand for renewable energy, by demanding it from the companies they purchase products from.

According to a Natural Marketing Institute (NMI) survey 55 percent of American consumers want companies to increase their use of renewable energy.

In addition, buying renewable energy also allows companies to participate in certain labeling and recognition programs to demonstrate their environmental efforts to the public.  Among these are US Green Building Council’s Leadership in Energy and Environmental Design (LEED), which allows purchases of Green-e Energy certified renewable energy to earn points towards green building certification.  In addition companies buy renewable energy to participate in the US EPA’s Green Power Partnership, and Green-e Marketplace, a program of CRS that allows purchasers to use the Green-e logo to demonstrate their commitment to renewable energy in marketing materials and on-product labeling.

As more consumers become aware of the benefits of renewable energy, and increasingly expect it from companies, commercial purchasers are driving the renewable energy market.  This trend is poised to continue and its potential to drive demand for new renewable generation is immense.

Andreas Karelas is a program analyst with Green-e Energy at the Center for Resource Solutions (CRS).  His work focuses on the certification of renewable energy products offered by utilities, competitive electricity providers, and renewable energy marketers. Orrin Cook is Manager of the Green-e Marketplace program at CRS.  He works with companies of all sizes to assist with the purchase and promotion of renewable energy. CRS creates policy and market solutions to advance sustainable energy.

Interested in viewing a presentation and participating in a discussion about the topics presented in this article? Click here to sign up to attend a free webinar hosted by CRS on January 8th at 11am-12pm PST.