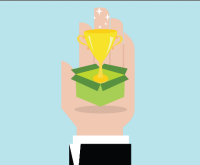 Massachusetts, USA — This year’s Project of the Year Award finalists truly represent the evolving energy landscape and exciting global efforts to transition to a cleaner, renewable future. The five projects vying for the Renewable Energy Project of the Year crown include a wide range of innovative technologies from coal-to-biomass conversion to concentrating solar power.

Editors from Renewable Energy World and Power Engineering reviewed each nominee and selected the five finalists based on the technology that was employed as well as the projects’ impact on the industry at large and on the communities in which they were installed.

To be eligible for an award, a project needed to have been commissioned between August 1st, 2013 and July 31st, 2014 and make a significant impact on the entire renewable energy industry.

The winner will be announced and recognized at the co-located Renewable Energy World North America Conference and Expo and Power-Gen International during the annual awards gala on December 8th, 2014 in Orlando, Florida.

The following five finalists for the 2014 Renewable Energy Project of the Year represent our evolving energy landscape.

The renewable energy industry has made great strides in recent years, and as technologies mature and more capacity enters the grid, energy storage has become a major focal point. Solar and wind energy are both intermittent technologies, meaning that the amount of power they feed to the grid varies depending on sun and wind conditions. This intermittency can lead to an unstable grid, which many believe can be solved with technology that can store excess energy and release it when necessary — a grid stabilizer. Enter: Solana (Arizona Solar One), the first solar plant in the U.S. with built-in thermal energy storage.

The 250-MW concentrating solar power (CSP) plant located near Gila Bend, Arizona and developed by Abengoa S.A. is the largest CSP with storage plant in the world. Solana uses parabolic troughs, which are essentially curved mirrors that direct sunlight to power towers. The sunlight heats water in the towers to create steam. The steam then spins a turbine to produce energy.  But what makes Solana especially unique is its thermal energy storage system that uses molten salt to store heat. This system helps stabilize energy output with more than 1,000 MWh of dispatchable power.

Solana was a recipient of a Department of Energy loan guarantee, in the amount of $1.4 billion that ultimately brought the project to fruition. Solana also signed a 30-year, $4 billion power purchase agreement (PPA) with Arizona Public Service (APS) to purchase all of the site’s power. It is expected to produce an estimated $300 to $400 million in tax revenues and more than $1 billion in gross state revenue within its 30-year contract.

In a true display of a global effort to fight climate change and promote environmental sustainability, the United Nations City complex in Copenhagen, Denmark, has earned LEED-certified standing, a first for any UN complex. The building is the hub for eight UN organizations, including the Sustainable Energy for All (SE4ALL) campaign, and houses more than 1,200 employees, which use less than half the amount of energy as compared to a similar office building.

To achieve this prestigious status, the building employs various innovative sustainability efforts such as rooftop solar photovoltaics, the use of cold seawater for its cooling system, and the use of wind energy.

The building itself was constructed with wood from local sustainably managed forests, and uses solar shading to trap and reflect heat in order to regulate the air temperature. Additional thermal efforts include an innovative system that pumps seawater throughout the building to keep it cool. The building also uses a system to capture enough rainwater to flush toilets up to 5,300 times per day annually — this along with its low-flow taps and showers contribute to a 60 percent reduction in water use.

Its rooftop is home to a 350-kW solar installation consisting of more than 1,400 solar panels designed and installed by SolCell and Danish Solar Ltd. UN City also purchases more than 35 percent of its energy needs via wind energy off the grid.

“The achievement shows the importance that Denmark-based UN organizations place on addressing their own environmental impacts as they promote sustainable development worldwide,” Chairman of the General Building and Green UN Focus Group, Niels Ramm. “But the certification is only the beginning and we must continue working hard to uphold the exceptional standards it represents.”

Within the building the SE4ALL initiative, which aims to ensure universal access to modern energy services and double the global share of energy efficiency and renewable energy, will focus on its Energy Efficiency Hub (EEHub). SE4ALL hopes this hub will become an international knowledge center to develop and share optimal energy efficiency initiatives to implement globally. 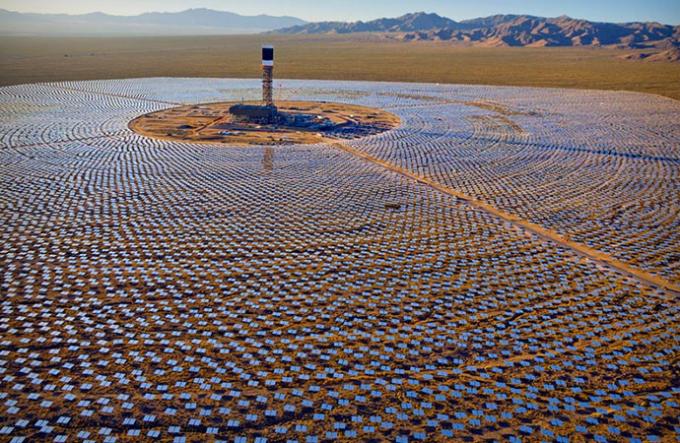 After years of development and months of testing, the 392-MW concentrating solar power (CSP) behemoth known as Ivanpah was officially commissioned in January 2014. It was the recipient of a $168 million loan from Google and a $1.3 billion loan guarantee from the U.S. Department of Energy (DOE), which has proven to be a profitable renewable energy program thanks in part to the success of Ivanpah.

Located in California’s Mojave Desert, Ivanpah is a shining beacon of renewable energy progress, as evidenced by the fanfare at its dedication. Esteemed guests included representatives from not only its creators at Bechtel, NRG Energy and Brightsource and financiers from the DOE and Google, but also Grammy-nominated rock band The Fray, which used the project as a backdrop for their album cover and recent music video.

Shortly after commissioning, reports emerged regarding bird deaths due to “solar flux,” which occurs when the mirrors reflect light to the towers creating a hazardous super-heated area. However, recent reports have found that Ivanpah’s impact is minimal, and the project team is undergoing efforts to further reduce environmental hazards. For example, on-site staffing includes several biologists that monitor and respond to the needs of animal and plant life.

“Clean tech innovations such as Ivanpah are critical to establishing America’s leadership in large-scale, clean-energy technology that will keep our economy globally competitive over the next several decades,” said Tom Doyle, president, NRG Solar. “We see Ivanpah changing the energy landscape by proving that utility-scale solar is not only possible, but incredibly beneficial to both the economy and in how we produce and consume energy.”

The construction of Ivanpah created more than 2,100 construction jobs and 86 permanent positions for the local community, with total employee wages estimated to reach $650 million.

In 2010, the Canadian province of Ontario’s Power Authority (OPA) put its coal plants on the chopping block. As part of OPA’s effort to eliminate coal from the province entirely, it would either shut down all coal plants or convert them to biomass facilities. The first plant slated for this fate was the 205-MW Atikokan Generating station, which would be converted entirely to biomass wood pellets. Fast forward to 2014, and Ontario Power Generation’s (OPG) $170 million conversion is complete.

The Atikokan coal plant was first built in 1985 with a price tag of more than $800 million. So when the plant faced either closure or conversion just 27 years after it was built, biomass was “an easy case to make,” Darcey Bailey, engineering manager for the Atikokan biomass conversion, told REW. The extra investment will breathe at least 10 years of life into the facility.

OPG actually began looking into biomass conversion years before the government decree. Over a one-year timeframe, engineers tested the facility by co-firing biomass with coal in increments, starting with 20 percent of the energy input (about 50 MW), which equates to about 200 tons of wood pellets, and made their way up to 100 percent. Nearly every system in the station was assessed and either upgraded, repaired or replaced. One major upgrade was the material handling facility. The new station is fully automated so that trucks can drive up to the facility, unload themselves, and the material is then sorted for use.

It’s wood suppliers are also all local to the facility — the plant even allowed for two new pellet stations in the area. To ensure that the biomass wood pellets are a sustainable fuel source, OPG required wood pellet suppliers to have third party chain of custody certification demonstrating that the wood fiber is sourced from well managed companies. The entire operation has created more than 150 local jobs from supply transportation to plant operations.

Check out a tour of the plant during its construction here. 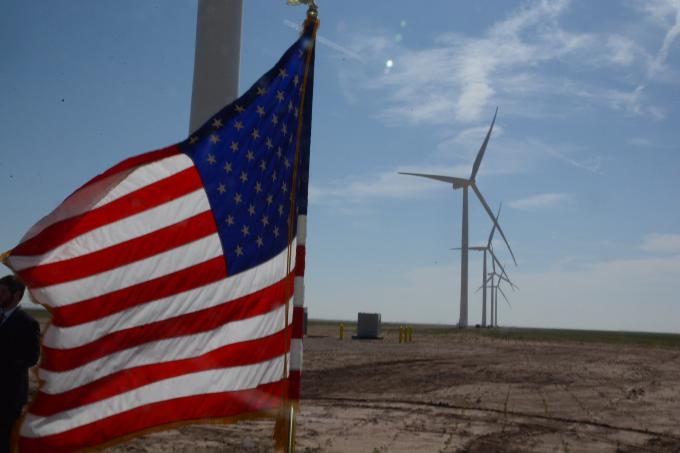 The 11.5-MW Pantex Renewable Energy Project (PREP), which established a wind farm in Amarillo, Texas, was commissioned in 2014. The turbines will now power the National Nuclear Security Administration’s (NNSA) grounds, which serves as the primary facility for the assembly, disassembly and maintenance of nuclear weapons in the U.S.

As the U.S. government’s largest wind farm, Pantex is expected to generate about 47 million kWh annually, equating to about 60 percent of the NNSA’s needs. The project utilizes five Siemens wind turbines, and was constructed under an innovative finance model known as an energy savings performance contract at no upfront cost to taxpayers. Under the contract, Siemens will be paid directly from the value of guaranteed energy savings generated by the Pantex wind farm.

“Pantex has an important and enduring mission, ensuring the safety and effectiveness of U.S. nuclear weapons,” said Frank G. Klotz, under secretary for nuclear security and administrator for NNSA. “In carrying out this mission, here at Pantex and elsewhere in the nuclear security enterprise, we are committed to managing costs and to delivering projects on time and under budget. The Pantex Renewable Energy Project is a major milestone toward keeping that promise to the U.S. taxpayer.”

Not only is the wind farm charged with powering national security efforts, but it also serves as an educational site for the nearby Texas Tech University (TTU). To further education efforts, TTU and NNSA have signed a memorandum of understanding to combine the efforts and resources of the DOE, TTU National Wind Institute and the Pantex Wind Project to create a national energy research center.