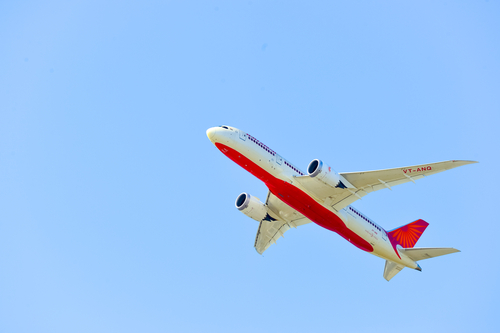 Adding a massive feather to its renewable energy cap, India now lays claim to the world’s first fully solar-powered airport. Located in the coastal city of Kochi in the southwestern state of Kerala, the newly inaugurated solar plant brings India one significant step closer to securing its position as a frontrunner in the global solar race.

The 12 MW solar plant occupies 45 acres of land near the airport’s cargo complex and is comprised of some 46,000 PV panels. It is expected to generate 48,000 kWh of electricity per day. When combined with an already existing solar array installed at Cochin International in 2013, total daily electricity output will be roughly 52,000 kWh – enough to exceed the airport’s electricity needs and making it “absolutely power neutral.”

Cochin International Airport consumes approximately 48,000 kWh per day. According to a statement from the airport, a lack of battery storage will require the airport to remain grid-connected, but a power purchase agreement will enable the sale of surplus power to the Kerala State Electricity Board during daylight hours. The airport will buy back any needed power at night, or on overcast days.

Vineet Mittal, Vice Chairman of Welspun Renewables in India, sees the airport installation as further evidence that the country is “well on its way to being considered a renewable power house” and a global leader in the pursuit of alternative energy solutions.

Last year, Prime Minister Narendra Modi set a 100 GW solar power target for 2022, an aggressive goal that Mittal said remains well within the realm of possibility despite the fact that so far only 4.5 GW have been installed.

“India is moving closer to achieving its solar capacity vision,” Mittal said. “The idea is not just to achieve this goal, but to ensure that India’s dependence on fossil fuels is decreased.”

In addition to the widely beneficial environmental impacts that will come about from a reduction in the country’s high dependency on coal, Mittal said continued solar development will also spur job creation within India.

“Manufacturing capacity for solar cells and modules will increase by 2,500 MW and 5,000 MW per annum, respectively,” Mittal said. “This is expected to create 25,000 jobs in the manufacturing sector.”

A recent report by Mercom Capital Group indicated that that solar installation forecast for India in 2015 is 2.5 GW.

“India is at the brink of breaking into the top five solar power producers in the world,” Mittal said. “The Cochin airport project is just another instance.”

The airport’s solar array will generate enough annual electricity to power 10,000 homes. Over the course of the next 25 years, it is estimated that the plant will mitigate 300,000 tons of carbon dioxide emissions – or the equivalent of planting 3 million trees.