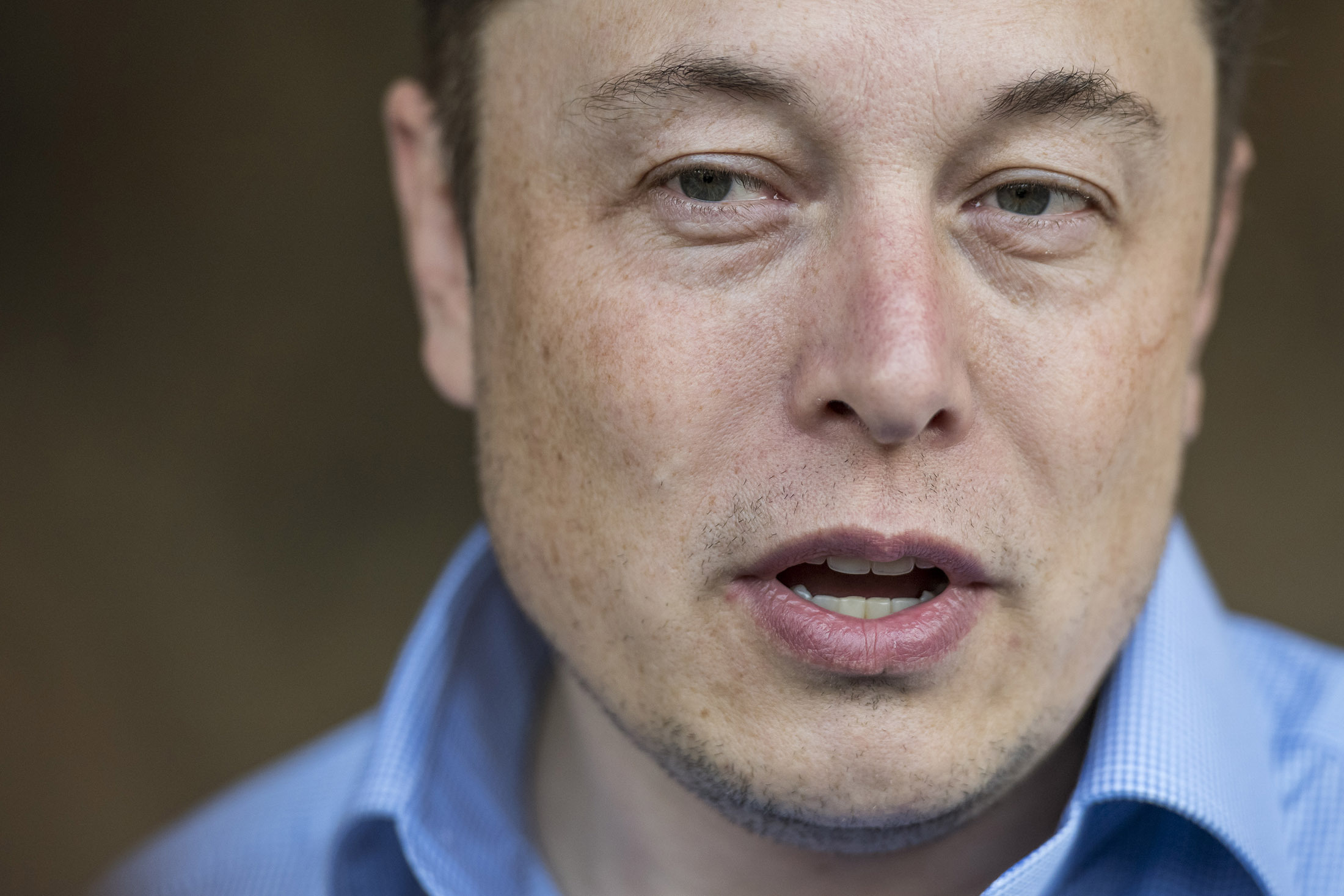 According to billionaire Elon Musk, Tesla electric vehicles would return nightly to homes powered by SolarCity’s rooftop power systems. Energy stored in Tesla batteries could be used to recharge the cars.

The goal is to create a home energy network that reduces the use of fossil fuels, built around the Musk ecosystem: He’s the founder and chief executive officer of Tesla, chairman of SolarCity and the largest shareholder of both. The combination is “blindingly obvious,” he said on a conference call Tuesday, and it’s part of the reason why he’s long described Tesla not as a car company, but as a provider of “energy innovation.”

There are hurdles to the proposed pairing.

“The challenge I see around this for both companies is that they’re kind of strapped for cash,” said Hugh Bromley, an analyst for Bloomberg New Energy Finance in New York. “They both need cash injections to fuel their growth.”

“SolarCity has been trying to do that with securitization and bond offerings and Tesla was really reliant on the success of the Model 3 to fund its future growth,” Bromley said. “So with these two cash-strapped businesses, how do you fund growth for the future? I don’t have an answer for that, because neither have done very well.”

Including net debt, the deal values the company at about $5.7 billion, according to data compiled by Bloomberg.

Tesla is being more generous than other acquirers in the industry have been. The bid values SolarCity at about 12.6 times revenue, according to data compiled by Bloomberg, while buyers over the past five years have agreed to pay an average of 5.7 times sales for alternative-energy companies. The data looked at deals valued at $100 million or more in areas such as solar, wind and waterpower.

Tesla shareholders will probably be opposed to the deal “as the synergies are limited,” Credit Suisse Group AG analysts including Patrick Jobin said in a research note late Tuesday, adding that the capital intensity of SolarCity’s business would increase the risk profile of Tesla’s business. The merger will also face what the bank described as a “corporate governmental mess,” with Musk’s involvement in both companies.

Oppenheimer & Co. analysts including Colin Rusch downgraded Tesla, saying investors will probably view the deal as “a bailout” for SolarCity and “a distraction” to Tesla’s own production issues. “We do not view this acquisition as the best and highest use” of Tesla’s capital, Rusch said in the company’s research note Tuesday.

Musk offered SolarCity shareholders $26.50 to $28.50 a share, a premium of as much as 35 percent from Tuesday’s closing price, according to a post on the Palo Alto, Calif.-based company’s blog. That values the largest U.S. rooftop solar developer at as much as $2.86 billion. SolarCity’s average 12-month price target among analysts surveyed by Bloomberg is $29.82. Musk recused himself from the approval process.

“There are tremendous synergies between these two companies,” SolarCity’s CEO, Lyndon Rive, said in a letter to employees Tuesday. Rive and his brother Peter Rive co-founded the San Mateo, California-based solar company and are Musk’s cousins.

Tesla is building a large battery factory in Nevada, the Gigafactory, and has said from the start that the facility will supply components that will power cars and store solar energy.

The company “is actively involved in storage,” Pavel Molchanov, an analyst at Raymond James Financial Inc., said in an e-mail Tuesday. “Tesla clearly aims to become a broad-based player in clean tech, not just electric vehicles.”

“As the software part of Tesla’s business grows, the software that binds this all together, there will be a shift away from the Tesla brand being about the electric vehicle and the shiny battery box and more about facilitating the customers’ entire energy needs and requirements,” he said.