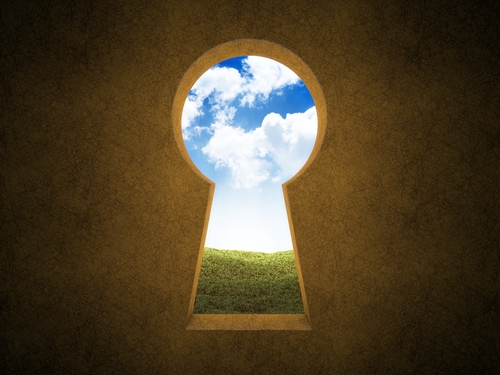 BERLIN — For Michael Specht, the solution to Germany’s future energy needs lies in a rectangular framework of steel pipes and valves the size of a VW campervan parked on the outskirts of Stuttgart.

“We’ll need this technology if we want to make Germany’s energy switch a success,” Specht, a head of department at the ZSW Center for Solar Energy and Hydrogen Research, said last month on a tour of the facility where the energy-storing device is based. “The question isn’t if it’ll be deployed, but when.”

Specht is one of an army of researchers working to overcome the technological challenges posed by Chancellor Angela Merkel’s decision to abandon nuclear power and shift to renewables in the biggest energy-infrastructure overhaul since World War II. Their task is to fill the energy gap when atomic plants that accounted for about 20 percent of Germany’s power early last year go offline within a decade.

As executives from EON AG to Siemens AG join government officials to discuss the implications of the energy switch at a conference in Berlin today, the challenge for Merkel is to keep the lights burning and energy affordable. The risk is her energy policy fuels a second crisis as she grapples with financial turmoil from Greece that’s raging across the euro region.

“The energy overhaul is an epic project that will span many decades,” said Claudia Kemfert, chief energy expert at the Berlin-based DIW economic institute. She estimates at least 200 billion euros ($250 billion) of public and private investment will be needed over 10 years to compensate for nuclear. If Merkel manages it smartly, it’ll bring “economic advantages, raise competiveness and create jobs,” Kemfert said.

The alternative is disruption to Europe’s biggest economy and higher power prices. With plans to fast-track construction of unpopular power lines and consumers being warned to expect steeper bills to pay for renewables in 2013, an election year, energy policy looks set to join the euro crisis as a campaign theme standing between Merkel and a third term.

The opposition Social Democrats and Green Party, which drew up the nuclear phase-out in 2002 when in coalition together, accuse her government of a lack of commitment to the project after its sudden conversion to renewables following the tsunami and nuclear disaster at Fukushima in Japan. They say Merkel isn’t going far or fast enough, and that by giving her blessing to some new coal-fired plants, she favors utilities’ interests over those of consumers and the renewables industry.

Peter Altmaier, the minister in charge of the overhaul, is candid about the high stakes of getting it right. Failure to deliver “would have major consequences for prosperity, economic growth and employment,” he said in an Aug. 16 statement.

Almost 18 months after Merkel announced she was shuttering Germany’s atomic plants by 2022, turning her energy policy on its head, the government is funding a research boom to ensure that Indian-style blackouts don’t happen in Germany. EON and RWE AG, Germany’s two biggest utilities, are among the companies on board after a combined 26.8 billion euros was wiped off their combined share value last year as they were forced to overhaul their operations to curb losses from closing reactors early.

Research is focusing on a major downside of renewables: unlike nuclear energy, solar panels and wind turbines leave consumers without power when the wind doesn’t blow or the sun doesn’t shine. That makes storing energy key to their use.

Sixty energy–storage projects have been singled out for a total of 200 million euros in research grants through 2014. The government is also mobilizing the state-owned bank, KfW Group, to provide low-interest loans to storage projects.

“Electricity storage really is the holy grail for the German energy transformation,” Dieter Manz, the chief executive officer of Manz AG, a German engineering company interested in battery equipment technology, said in an interview. “There’s no way around it if we want to make things work.”

That’s where Specht’s box in Stuttgart comes in. It uses electricity and carbon dioxide, a greenhouse gas blamed for global warming, to turn water into methane that can be stored in underground caverns for days or weeks, then burned in gas plants when needed.

Volkswagen AG’s luxury-car division Audi is building a 6 megawatt industrial-sized plant based on the technology that’s due to start operating next year. EON has invested at least 5 million euros in the power-to-gas concept and started construction of a pilot plant on Aug. 21.

Other government-funded research projects include a trial system using computer technology to connect renewable generators with storage facilities and consumers on the North Sea island of Pellworm, and research into chemical batteries that are larger and have a longer lifespan than lithium-ion batteries.

Scientists at the Fraunhofer Institute in Freiburg are working on longer-term projects, from bendable solar panels to high-speed charging stations for electric cars that might one day act as a battery for the national grid.

The overhaul is growing markets for domestic manufacturers including Solarworld AG, as well as for their foreign peers such as Vestas Wind Systems A/S., the world’s biggest maker of wind turbines.

It all amounts to “a major innovation wave within the German economy that can strengthen our position on the global markets for the next 20, 30 years,” Altmaier said last month.

Altmaier, 54, a chancellery confidante and former parliamentary whip for Merkel’s party, was appointed environment minister in May after Merkel sacked his predecessor, Norbert Roettgen, amid reports that he wasn’t listening to industry concerns and opposition claims that targets were slipping.

The Greens and Social Democrats, whose original plan forged under Chancellor Gerhard Schroeder to abandon nuclear power was overturned by Merkel in 2010, then reinstated six months later after Fukushima, accuse her of mismanaging the task. Juergen Trittin, co-leader of the Greens, has called on the chancellor to push more ambitious renewables targets instead of cutting subsidies, saying the whole project is “in danger.”

The average German household may have to pay 175 euros a year next year to subsidize renewables, a rise of 40 percent, according to Stephan Kohler, head of the Dena energy agency, a researcher part-owned by the government. That will prompt “a heck of a power-price debate,” Kohler told reporters Aug. 22.

Germany aims to raise its share of power production from renewables to at least 35 percent by the end of this decade from 25 percent now. The U.K. is targeting about 30 percent by 2020, while Sweden, Austria and Spain, each of which have richer hydro-electric resources, have pledged to better Germany’s share. The U.S. has no federal mandate for renewables.

Yet it “can be an example to other nations by showing them that you can succeed,” she said June 25 in a speech. “It’s possible to take the path to a sustainable energy supply.”