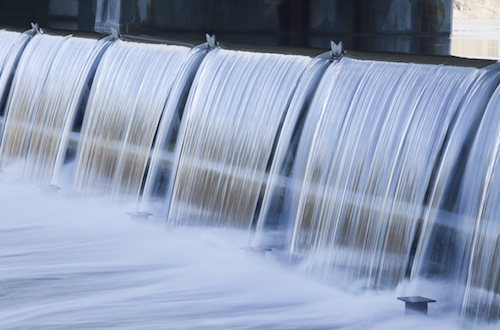 Hydropower has been around for more than a century, and is currently the nation’s largest source of clean, domestic, renewable electricity. What could its role look like in the year 2050?

Providing about 7 percent of the nation’s electricity, hydropower supports more than 143,000 jobs in engineering, manufacturing, construction and utility operations and maintenance — all while improving the environment and strengthening our economy. Additionally, pumped-storage hydropower represents 97 percent of all energy storage in the U.S., offering the flexibility and reliability the electricity grid needs to deliver affordable clean energy to American homes and businesses.

So what does the future of hydropower look like? To answer that question, over the past two years the U.S. Department of Energy has collaborated with more than 300 experts from more than 150 hydropower industry companies, environmental organizations, state and federal governmental agencies, academic institutions, electric power system operators, research institutions and other stakeholders to explore how it could evolve in the coming decades.

These experts conducted a first-of-its-kind comprehen­sive analysis to evaluate future pathways for hydropower in the U.S. from the present through 2030 and 2050. The Hydropower Vision report defines the societal, environmental and economic benefits of hydropower in a scenario where U.S. hydropower could grow from 101 GW of combined generating and storage capacity in 2015 to nearly 150 GW by 2050, with more than 50 percent of this growth by 2030.

Road Map to the Future of U.S. Hydropower

Although the Hydropower Vision report does not make any policy recommendations, it does provide a road map that sets forth actions that the hydropower industry, research community and others can take to achieve higher levels of hydropower deployment within a sustainable national energy mix.

Carrying out the road map actions will usher in a new era of growth in sustainable domestic hydropower, while protecting the nation’s energy, environmental and economic interests. The five “action areas” that would help achieve the Hydropower Vision include:

The Energy Department is proud to have worked with several hundred experts and organizations, including our national laboratories, to develop this vision for America’s hydropower future. As a domestic source of renewable energy, hydropower has the potential to continue to provide clean, reliable and affordable electricity to consumers for decades to come.