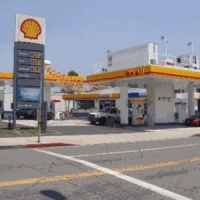 California, United States [RenewableEnergyWorld.com] Hydrogen projects that cut across a wide spectrum of applications are managing to find enough ramp-up funding from government, industrial, private and academic sources such that several technologies are already breaking in to the commercial space, and others should become mainstream within one or two decades, sector executives say.

“There is never enough investment in hydrogen, but there is a reasonable flow of private capital, and a lot of it is venture capital,” says Robert Rose, the executive director of the U.S. Fuel Cell Council, in Washington, DC.

Hydrogen is still being touted as one of the most promising technologies for renewable energy, though it may have been eclipsed somewhat by solar and wind over the past few years. Nonetheless, applications are emerging. China has a fleet of 20 hydrogen-powered Volkswagens for use at the Olympics this month. The World Trade Center has ordered a US $10.6 million hydrogen-based system from UTC Power to generate 4.8 megawatts (MW) of renewable energy. And British Petroleum is planning to build a hydrogen power plant in Abu Dhabi with the Abu Dhabi Future Energy Co.

While much public attention has thus far been focused on the past and much delayed promise of commercial technology for a hydrogen-based fleet of cars — which is still in a trial mode — the use of hydrogen as an alternative means of transferring and storing energy is firmly marching forward.

Applications ranging from automotive fuel cells for fork lifts and buses, to micro fuel cells for portable electronics, to industrial energy storage devices drove U.S. commercial sales of nearly US $400 million in 2006. That figure was matched by employment of over 8,600, and the industry is expanding rapidly, says Rose, drawing on the council’s latest industry survey involving 183 companies.

Similarly, in Canada, where an estimated 80 percent of all hydrogen industry investment comes from the private sector, there are over 2,000 full-time jobs in the industry, says John Tak, the president of Hydrogen & Fuel Cells Canada (HFCC), a Vancouver-based industry association. “There has been an annual average of CAN $200 million [US $187 million] worth of private sector investment in hydrogen R&D, demonstration and/or deployment, corresponding to about CAN $1 billion [US $940 million] over the past five years,” he says.

However federal support of hydrogen in Canada has slowed somewhat, while regional support from British Colombia has increased, notes Steve Kukucha, a consultant to Vancouver-based Ballard Power Systems, and chairman of the HFCC. “Private sector financing has leveled off, but the venture money is tougher to come by, because a lot of hydrogen markets are not perceived as a near-term win,” he adds.

Stock market funding for hydrogen is still substantial, though. “The market capitalization for pure-play hydrogen companies — primarily in fuel cells — is little over US $1 billion in North America, and if you add British companies, it may be around US $1.5 billion,” reckons David Redstone, publisher of The Hydrogen & Fuel Cell Investor, in Detroit.

Perhaps the most visibly successful hydrogen application to date is in powering mass-transit buses. In September, BC Transit will begin taking delivery of a fleet of 20 hydrogen buses for the town of Whistler, which will be the largest fleet in the world for a single municipality. Hamburg also has a fleet of six Mercedes-Benz Citaro hydrogen buses, powered by Ballard P5 hydrogen fuel cell engines, out of a total European fleet of about 20-30 from all sources.

Evidence of commercial progress in automotive fuel cells came in January, when Ballard sold its automotive fuel cell research and development assets for US $96.8 million to a consortium including Daimler AG, Ford Motor Co. and newly-created private AFCC Automotive Fuel Cell Cooperation Corp. Now Honda is leasing out its fleet of 200 FCX Clarity hydrogen cars in the Los Angeles region, where the first public hydrogen fuel station was recently opened by Shell.

Much early funding for hydrogen has come from the federal government level from the U.S., Canada, Germany, Denmark, Japan, Australia and other leaders in the industry. Since 2003, the U.S. Department of Energy has been focused on its Hydrogen Program, which has identified key milestones for technology development, improvement or demonstration, and is funding a host of projects.

With an initial value of US $1.3 billion announced for the program at formation, DOE recently announced funding availability of US $130 million over a three-year period. DOE projects that hydrogen technology and infrastructure will require “hundreds of billions” worth of investment over the coming decades, and that the government will likely supply a third of that investment. The European Union also recently committed €470 million [US $698 million] for its Fuel Cells & Hydrogen Joint Undertaking, targeting technologies that can be available by 2020.

But the global lead in developing critical mass for a hydrogen market could still come from an upstart player like India. According to Perth-based Eden Energy, India’s Standing Committee on Emission Regulation recently approved the blending of 20 percent hydrogen with compressed natural gas for cars, opening the door to the company’s Hythane fuel product. Eden Energy is currently working with India’s Ashok Leyland to develop Hythane engines with an early goal of building a fleet of 50 hydrogen cars for use in Gujarat State.