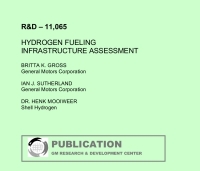 California, United States [RenewableEnergyWorld.com] What is the true economic viability of the hydrogen-powered vehicle? Can a fueling infrastructure actually be created in the United States that supports the front-loaded demands of such a fledgling industry, while still being feasible on the supply side? Is it possible to effectively address the need for abundant fueling stations at the outset, even when initial demand is low? What will it take to make hydrogen an affordable, mainstream alternative to oil?

Those weighty questions and more will be on the table later this month at the NHA Annual Hydrogen Conference in Sacramento, California, when Larry Burns, VP of Research and Development for General Motors, makes a keynote presentation of GM’s newly released White Paper, “Hydrogen Fueling Infrastructure Assessment.”

The paper compares hydrogen’s retail cost with gasoline, and confirms the feasibility of pollution-free hydrogen production from a variety of renewable energy sources. GM came up with three key conclusions in its anaysis.

GM, along with Toyota, BMW, Honda, DaimlerChrysler and Volkswagen will also be giving the public and the industry a chance to drive it’s hydrogen vehicles as part of the NHA Conference’s Ride and Drive program.