As part of their regional webinar series, Americans for a Clean Energy Grid is hosting a free webinar on transmission issues and opportunities in the PJM region.  Register here for the January 24th session.

America’s electric transmission grid is rarely thought of, and taken for granted until something goes wrong.  Yet the largely unseen network of wires is critical to our economy, to the future of energy, and to the future of the planet.

The National Academy of Engineering has rated it as the most important engineering achievement of the 20th century, ahead of the computer, the internet, nuclear weapons and the moon landing.  Electricity is the sine qua non – without it, no other technical achievements would be possible.

Thanks to new technologies, consumer demand, and important policy drivers, the power system is undergoing a rapid evolution.  Even the slow-moving and cautious world of transmission is changing.

A little background is useful for understanding current trends.  The grid was built first to connect power plants to cities, then to connect cities to each other, and more recently to join regions together.  This evolution is continuing as we build a grid that can connect and integrate the vast supplies of renewable energy that are being tapped by new technology.

While part of this expansion is intended to reach out to remote areas with wind and solar resources, it is also necessary to connect everything to everything, to allow for the free flow of electrons, to minimize the variability of wind and solar power.

In their analysis of needs for a high-renewables future, the National Renewable Energy Lab sees a need for about 120 million “megawatt-miles” of new transmission, an investment of $6.5 billion per year between now and 2050 to reach 80 percent renewables.  Most of this would be built in the sparsely-populated wind belt (see the accompanying map).  While this seems like a lot of lines—our current system has 150-200 million megawatt-miles—transmission is actually only a fraction of the nation’s power bill, currently about 11 percent, with power plants and distribution systems making up the bulk. 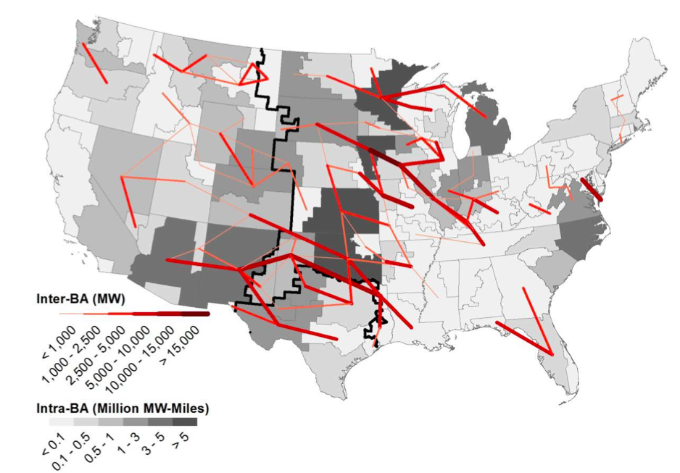 Besides, we have to invest in the grid anyway.  The grid is old, exposed to the elements, and threatened by everything from high winds to squirrels.  America’s power grid received a D+ from the American Society of Civil Engineers (ASCE) on its quadrennial infrastructure report card, saying the nation needs to completely rebuild it between now and 2050, an annual investment as high as $96 billion by 2030. Without this investment, the ASCE projects that blackouts and brownouts will cost American homes and businesses $995 billion by 2040.

This package of high-quality renewables and transmission is a potent competitor.  When the Midwest grid operator, MISO, approved a package of new “multi-value” transmission projects to help integrate 23,000 MW of wind power in the Midwest in 2012, they found that the investment would “Provide an average annual value of $1,279 million over the first 40 years of service, at an average annual revenue requirement of $624 million.”

A recent report from the Brattle Group went in depth to catalog the benefits of transmission, describe recent experience, and suggest ways to calculate costs and benefits.

Building what we need

Of course, we don’t need to issue a blank check for new transmission construction.  The rapid advance of distributed generation is one wild card.  Former FERC Chair Jon Wellinghoff has noted that the rapid progress with rooftop solar could reduce the need for transmission to connect big renewables from remote regions.  “We need to build only the transmission that we need,” he told Public Utilities Fortnightly.

We also don’t need to think of distributed and centralized renewables as an either-or choice.  More wind and solar need a bigger, more flexible grid to absorb their variability, regardless of whether they are dispersed or built in clumps.  And getting to a low-carbon future means we will need plenty of both.

While the Beltway conventional wisdom is that building transmission lines is “simply not feasible,” lines are in fact being built.  Transmission investment is rising from a mid-1990s trough, with most new development specifically benefiting renewables. Regulators in the great wind belt stretching from Texas to North Dakota, covering ERCOT, the Southwest Power Pool and MISO, have approved $20 billion of new lines to bring wind power to market. 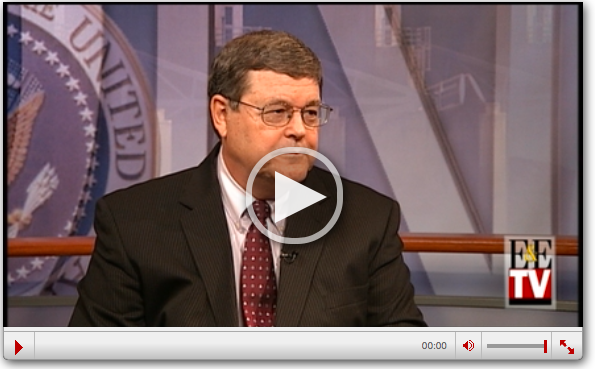 The primary barriers to building new high voltage lines and optimizing the grid aren’t so much technical or economic but rather bureaucratic. Inefficient institutions and insufficient policies are the key factors preventing the United States from accessing its rich resources of clean energy, and spreading that wealth throughout the economy.  The grid has been stymied by:

There is progress in resolving these problems.  In the Midwest, MISO has been able to integrate more than 12,000 MW of wind generation, about ten percent of the region’s total generating capacity, with few pains, thanks to larger balancing areas and shorter dispatch periods, better forecasting tools, and geographic diversity.  They have seen very little increase in their need for operating reserves, even with this large amount of wind energy on their system. They are planning for the next 10 percent with a comprehensive and inclusive process that aligns state policy goals for renewables with transmission expansions.

But more needs to be done. We go into depth on these issues in our paper for America’s Power Plan, “Planning for and Investing in Wires.”

We must work on five key areas:

Transmission upgrades and expansion are a critical part of any long-term investment plan for America’s future.  It is clear that these investments deliver benefits far exceeding their costs, and they are essential to delivering high levels of renewable energy to consumers.

The barriers to making these urgently needed investments are institutional – and not due to costs or technical issues. Smart policy reforms can enable a grid that will maximize the value of the country’s energy resources by delivering them to the homes and businesses that need them.

John Jimison is Managing Director for the Energy Future Coalition, and Bill White is a consultant for David Gardiner and Associates.  They work together on Americans for a Clean Energy Grid.  Bentham Paulos is the director of America’s Power Plan.