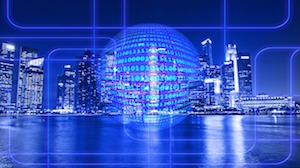 In the early 20th century, countries in North America and Europe began constructing their electric grids — the networked system of power generation and delivery infrastructure that would bring, for the first time, electricity to homes and businesses at the flip of a switch.

These networks worked for decades because centrally-supplied power generation models were the norm and efficiency, flexibility and environmental sensitivity were less important than they are today. Flash forward 100 years and these same grids still serve as the backbone to the electricity generation and transmission systems in their regions.

Fortunately, a host of new software solutions has emerged that facilitate grid operation, including a portfolio of digital tools that are distributed throughout the system. They range from protection relays and substation controllers in the periphery, to power plant controls, and all the way up to utility energy management platforms in the operating centers. Indeed, an impressive level of intelligence is already deployed in modern grids, enabling the coordinated operation of interconnections that represent the most complex machine ever built by humankind. 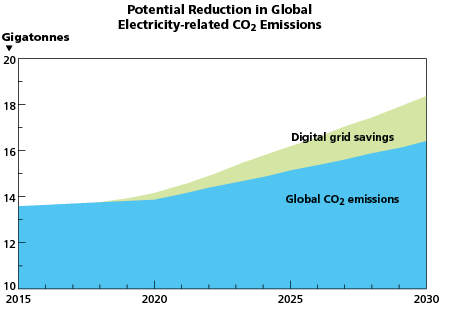 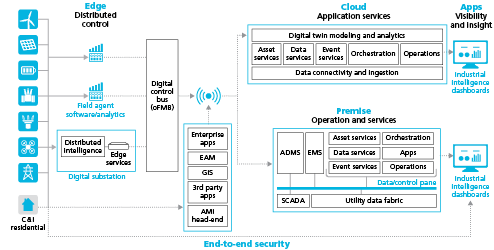 According to Juan M. de Bedout, Chief Technology Officer for GE’s Grid Solutions business, realizing the potential of the digital grid will require “coordinating intelligent actions throughout the digital fabric of infrastructure, including intelligence at the edge that sits on physical assets, intelligence in control centers and operating rooms that manage systems, and engaging this new cloud resource and the opportunities it brings.”

Multiple studies have been performed that identify digital tools that can help realize the renewable energy adoption targets set by governments and corporations around the world. While each system and region has unique characteristics, the findings of these diverse studies share the same themes. Key elements of a strategy to economically adopt a high level of variable renewable generation such as wind and solar include:

For example, a recent study of the Hawaiian Islands found that the islands of Maui and Oahu could absorb greater than 35 percent of variable renewable generation, while at the same time delivering a lower cost of energy to end users. The study also found that as the renewable energy penetration level approaches 50 percent, the amount of diesel used by the thermal fleet on the islands would decrease by over 33 percent, delivering a reduction of 2 million metric tons of carbon dioxide (CO2). This accounts for one-third of electric power sector emissions on Oahu and Maui.

Another study found that by ramping up wind generation across Canada from 5 percent to 35 percent, there is the potential to reduce emissions in the country by up to 32 million metric tons of CO2.

In aggregate, digital grid solutions have the potential to impact global CO2 emissions. A report by the Pacific Northwest National Laboratory (PNNL) estimated that digital grid technologies have the potential to reduce electricity-related CO2 in the U.S. by up to 12 percent by 2030. If this number is scaled globally, that’s equivalent to reducing global CO2 emissions by 2 billion metric tons per year by 2030. This is the same carbon impact as taking half of the passenger cars in the world today off the road.

Connecting new renewable energy resources to the grid will require significant investments in T&D infrastructure. To make these investments economic, it is imperative that decision makers consider the way that the grid is operated. By doing so, they will maximize the flexibility of installed and new assets to compensate for the variability of these resources.

These investments should cast a wide net in looking at the tools to be deployed for realizing expansion of the power delivery capacity. Non-wires alternatives, coupled with a deeper and faster intelligence governing the operation of the grid, can allow significant growth in capacity to come from within the infrastructure already deployed. It can also help new infrastructure be sized with an expectation of higher performance.

Digital grid tools call for smarter, more aggressive operation of a grid that has much better understanding of the current state of the network. These tools do not reside in singular locations of the grid; instead they are stitched together into solutions that deploy the right intelligence throughout all levels of the grid.

The intelligent fabric that extends from control systems on generation assets, through utility operations centers, and into a new and powerful cloud resource is the digital grid, and it is an essential part of the energy ecosystem of the future.