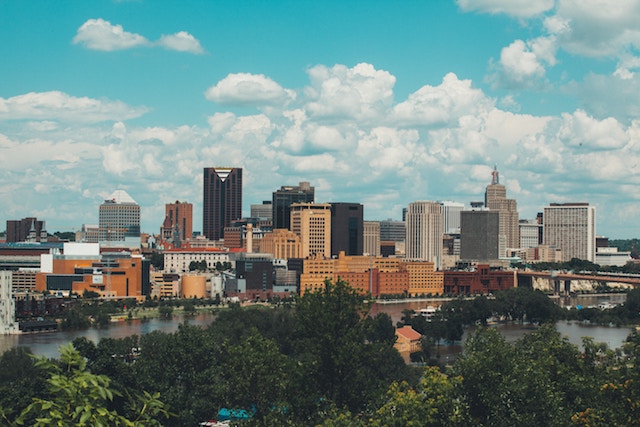 A November report suggests overbuilding wind and solar capacity could be cheaper than energy storage.

A recent report from Minnesota pollution regulators shows the state is making progress on reducing greenhouse gas emissions, but it isn’t doing enough to keep pace with its long-term goals or stop catastrophic climate change.

As a new administration takes office this week, its predecessors leave it with at least one blueprint for closing those gaps. It requires no new technologies but a dramatic shift in thinking about how the electric system is managed.

The Minnesota Department of Commerce, clean energy advocates, and all the state’s major utilities over the past three years developed the Solar Potential Analysis Report. (Fresh Energy, which publishes the Energy News Network, was among the stakeholders that participated in the process.)

The report, published in November, concludes that Minnesota could get 70 percent of its electricity from wind and solar by 2050 at no additional cost compared to natural gas. Instead of batteries to balance the variable generation, it suggests that overbuilding wind and solar capacity would be more economical. The model calls for reaching up to 22 gigawatts capacity each for wind and solar power.

Cost-effective is one thing, but it wouldn’t be easy. Utilities would have to invest in renewables well beyond their likely comfort level. New payment models for clean energy would have to be created. Consumers would have to change behaviors and program appliances for night use, employ electric water heaters and charge electric cars overnight.

“This would require utilities to ramp up even more than what they said they were going to do and overshoot the mark,” said Brian Ross, senior program director for the Great Plains Institute and one of the report’s authors. “We did not identify the mechanisms by which this would happen.”

Key in the study is the idea of curtailment when renewable sources produce more power than is needed. The power would be turned off, or curtailed, during those times. Ross compared the additional capacity as equivalent to peaker plants, which generate electricity during high demand times but may operate less than 10 percent of the time. They allow more efficient use of resources, he said, despite running so little.

The current mindset around renewable energy has encouraged utilities to maximize solar and wind production to produce the highest revenue possible, said Josh Quinnell, senior research engineer with the Center for Energy and Environment. Asking them to build more solar and wind than they need and then curtail it when necessary goes against “our current compensation mechanisms … We don’t have a mechanism to value that additional capacity.”

The clean energy developer community, too, was nervous “because we don’t have a plan for their compensation,” Quinnell said. Curtailing power from a wind farm, for example, cuts revenue for the developer that owns it. How would they be paid for not producing electricity? Could they be paid to provide other services? Those are questions, he suggested, for further investigation.

Other reports and experts have long suggested scenarios in which storage absorbs excess renewable energy and delivers it to the grid when production of solar and wind declines. By doubling the capacity of wind and solar “we reduce the amount of storage by five times — it’s pretty dramatic,” Ross said.

Battery storage, on the other hand, serves hourly to weekly demands for electricity, Quinnell said. Longer energy storage options dramatically bump up costs. “We’re not diminishing storage but finding the right place for it,” he said. “On short timescales of an hour or up to a week, there’s an important role for storage. We couldn’t do this without storage. But at longer timescales, storage becomes expensive.”

A smaller role would be played by load shifting to follow when wind and solar are strong. Clean energy advocates, Quinnell said, have long called for electrification of home heating and hot water. “Our model is concurrent with others that show we can reduce source energy emissions if we go electric on our heating and hot water in Minnesota … if single-family housing stock does air source heat pumps for space heating and storage water heaters for domestic hot water,” he said.

The MN Solar Pathways report did not account the impact of transmission and distribution costs or rate structure changes. It was careful to highlight the analysis studied only Minnesota and not the regional Midcontinent Independent System Operator (MISO) power grid. “The lack of integration with MISO led to a conservative analysis with higher generation costs and resource capacities,” the report says, reflecting the belief of a technical committee.

What impact, if any, the report has on the integrated resource plans of utilities will be intriguing. Just a month later, another statewide report led by the Center for Energy and Environment detailed how energy efficiency targets and demand response initiative could reduce energy demand. Such an approach could conceivably obviate some of the need for more wind and solar. The report suggests sophisticated lighting represents a large portion of total potential savings, in addition to adding cold climate air source heat pumps, improved refrigeration, and electric space heating with smarter thermostats.

Meanwhile, the state’s largest utility announced an even more ambitious plan last month, pledging to reach zero-carbon electricity by 2050 and reduce carbon emissions 80 percent by 2030. Xcel Energy said in a statement that more than 60 percent of its power would come from renewables, and that it will continue to operate its fleet of nuclear plants at least into the 2030s.

This article was originally published by the Energy News Network and was reprinted with permission.

DistribuTECH 2019 is the place to learn about the future of energy. The event takes place February 5-7, 2019 in New Orleans. Register today.