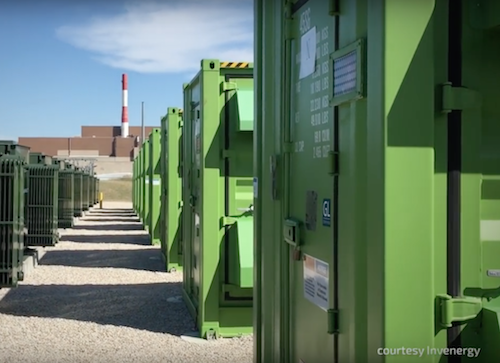 In a 2013 speech, California Gov. Jerry Brown declared, “We can’t just rely on sunlight. We’ve got to bottle the sunlight.” As a strong supporter of renewable energy from his first days in office, Brown recognized the critical role that energy storage would play in facilitating more clean energy on the grid. It was Brown’s vision, combined with support from the legislature, regulatory agencies, utilities and industry, that has led to the rapid growth of storage in California in recent years.

With support from Brown, Assemblymember Nancy Skinner introduced AB 2514, which required the California Public Utilities Commission (CPUC) to determine targets for each investor-owned utility to procure viable and cost-effective storage.

Initially, many within the investor-owned utilities were vocal that the targets were premature, and that storage was too expensive and simply not ready for prime time. While this pushback was expected, it was not the end of the story. At the same time as these targets were moving through California’s legislature and regulatory agencies, the state was fostering a home-grown energy storage technology industry. A wide range of California companies and academic institutions began to seriously investigate how to reduce costs, commercialize and scale storage systems for both behind-the-meter and utility scale applications.

In November of 2014, Southern California Edison announced that it would procure over 260 MW of energy storage — over 200 MW more than was required by the CPUC. For the first time, a utility evaluated energy storage on a head-to-head basis with all other resources, and the result was a rousing success for storage. In fact, SCE’s decision was game changing, by demonstrating that storage is a viable, cost-effective resource with benefits for utilities that go beyond simply meeting mandates.

We created this video, in partnership with SCE, GE and AES Energy Storage, to showcase and celebrate California’s success story. We hear a lot about government gridlock — bills stalled in legislature, action delayed — at the expense of the average consumer and the public good. That’s why it’s important to take a moment to acknowledge success stories: times when policymakers, regulators and industries unite to deploy programs that are good for business, good for consumers, and even good for the planet. California’s energy storage goals took vision to develop, and then cooperative, pragmatic thinking to implement.

At Energy Storage North America (October 4-6, 2016 in San Diego), we’ll celebrate this and other storage success stories and collaborate to chart a path forward.