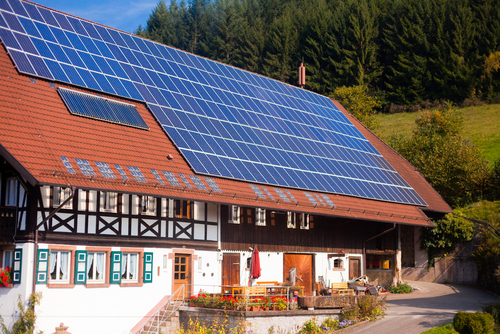 Storage batteries that are being bought by owners of rooftop solar systems in Germany may eventually help cut the costs of renewing the country’s power grid, a study showed.

Batteries that promise to make solar system owners more independent are becoming popular in Germany with the help of government subsidies. Surveys show that about a third of German consumers expect to tap battery storage in their homes by 2030. Tesla Motors Inc. is marketing its Powerwall battery in Germany this year and will compete for sales with local companies including Robert Bosch GmbH and Sonnenbatterie GmbH.

Growing installations of solar batteries will bring benefits to all power consumers, according to independent researchers Prognos AG. Power generated and used at home will reduce the input – and strains – of electricity being sent into the national grid, the research group said in a report released on Friday.

Germany’s grid is being expanded at a cost of 20 billion euros ($22 billion) or more to accommodate renewable energy – a price that’s adding to the electric bills of the nation’s consumers.

As much as 100 billion euros a year could be shaved from the costs of expanding the grid in southern Germany alone, Basel-based Prognos said. The forecasters used a 2014 German government forecast that slates solar power to grow to about 58 GW by 2032 from 40 GW last year.

Prognos didn’t base its forecast on an assumed growth of battery installations but on a model based on optimal storage of 58 GW of capacity.