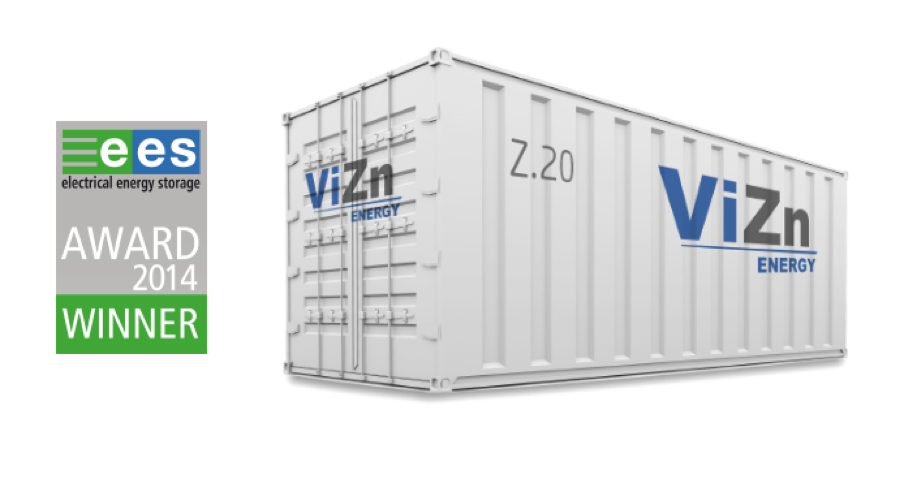 ViZn Energy Systems on Aug. 18 announced that it has won a contract from renewable energy project developer Hecate Energy to deliver a 2MW/6MWh zinc-iron redox flow battery system that is to be used to provide ancillary services for Ontario’s Independent Electricity System Operator (OIESO).

Hecate Energy won the contract upon conclusion of the second round of OIESO’s competitive energy storage procurement award process. Slated for commissioning in 2016, ViZn’s ZnFe redox flow battery system will be the largest of its type in North America and Europe. Financial terms of OIESO’s contract were not disclosed.

OIESO is looking to add as much as 50MW of energy storage capacity to the Canadian province’s electricity grid over the course of its energy storage procurement process.

Named for the ancient Greek goddess of the elements and crossroads, Hecate Energy is a worldwide developer, owner and operator of solar, natural gas, wind and energy-storage systems.

“We selected ViZn for this project because we had to ensure that the energy storage component was both safe and robust,” Chris Bullinger, Hecate Energy president and CEO, said. “ViZn’s system possesses the necessary capabilities for both power and energy services that this project requires. We also believe that, over the life of the battery, it will provide a very favorable payback.

According to ViZn CEO Ron Van Dell, utility-scale projects of this kind will be increasingly important for the energy storage industry moving forward.

“Utilities are now working to figure out how to maximize the potential of their existing generation capacity,” he said. “We’re proud to have been chosen by Hecate for this project, and we expect it to serve as a model for utilities that wish to deploy energy storage in the future.”

One of the main drivers of ViZn and Hecate’s relationship is that renewables-energy storage project developers are seeing the benefit of diversifying the range of advanced battery storage solutions they work with beyond lithium-ion (Li-ion).

From the standpoint of Hecate and other project developers, there are some fundamental uncertainties regarding use of storage platforms in the future, according to Van Dell.

Project developers need to try to cover all the bases and figure out which energy storage solution best fits any particular application, not only at the present point in time, but for years down the line, he said.

The accelerated and elevated state of power market dynamics in terms of technology, regulations and economics leaves developers in the vexing position of discovering that the battery storage technology and applications they find commercially attractive today will not continue as contracts mature.

“Revenue streams that look reliable and profitable today can disappear at the stroke of a pen, while others may improve and become attractive,” Van Dell said.

ViZn is able to future-proof the mixture of risks advanced battery storage project developers face – applications, future tariffs and incentives – and put them in the “don’t-care category,” he added.

Hecate won the 2MW/6MWh OIESO energy storage contract following the conclusion of a second-round of OIESO project awards that aim to improve the reliability and efficiency of the Canadian province’s power grid.

Ontario IESO awarded five companies the contracts to install a total of 33.54MW of utility-scale energy storage capacity for ancillary services during this first phase of project awards. The first of these projects is expected to be brought online by the end of Q316.

An additional 16.46MW of grid energy storage capacity spanning a variety of technologies is to be installed during OIESO’s second round project awards. In contrast to the first round, the second-round projects are to provide grid capacity services that enhance the value of grid power to ratepayers by time-shifting grid energy demand and supply. Grid electricity will be stored during periods of time when demand is low and dispatched when it’s high, according to the OIESO website.