More
Home Baseload Has Wind Capacity Really Exceeded Hydropower in the US? 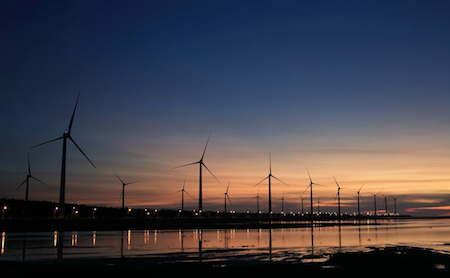 The short answer is no. Although recent statistics from the U.S. Energy Information Administration say wind exceeded hydro in total generating capacity at the end of 2016, their capacity numbers don’t include pumped storage in hydropower.

Other sources back this up. Take data from the 2017 Bloomberg Sustainable Energy Factbook for example: “At nearly 103 GW, hydropower is the largest source of renewable electricity both in capacity and generation. In fact, hydropower led U.S. renewable generation at 42 percent.” (The factbook says 2016 EIA data listed hydropower capacity at 79,948 MW for conventional facilities and 22,670 MW for pumped storage.)

Other renewables certainly are growing, but Bloomberg says wind provided 36 percent of renewable generation in 2016, compared with 42 percentfor hydropower.

The March 6 EIA report does say, “However, given the hydro fleet’s higher average capacity factors and the above-normal precipitation on the West Coast so far this year, hydro generation will likely once again exceed wind generation in 2017.”

In addition, EIA reported in its Electric Power Monthly (with data through March 31, 2017) that renewable energy sources provided 19.35 percent of the new U.S. electrical generation during the first quarter of 2017 and hydropower led at 8.67 percent, followed by wind at 7.10 percent.

Based on all of the above, both hydropower capacity and actual generation continue to exceed wind in the U.S. — meaning hydro continues to be the No. 1 renewable in the country.