More
Home Storage Has the Sun Set on Solar Stocks? 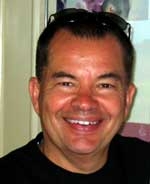 Without question, 2005 could have been called “The Year of Solar Stocks.” Solar stocks outperformed the average NASDAQ stock by an amazingly wide margin — almost 100 times. Certainly the solar sector of the market was the place to be in 2005.

— Average Gain for US solar stocks in 2005 = +134% — NASDAQ Gain in 2005 = +1.37% It is the 4th quarter of 2006 and the future is every bit as bright for renewable energy as it was in early 2005. In fact, you could make a case that it is indeed brighter now than it was 18 months ago. California has passed major legislation and state after state are following suit. In addition, national feeder laws are spreading throughout Europe, following Germany’s lead. It appears to me that people, states and countries are finally getting the message that renewable energy is here to stay — and will play a critical role in the battles against foreign oil dependence and global warming. With all this progress and good news, how are solar stocks doing so far this year?

As you can see from the table above, the solar stock sector, as of the end of the 3rd quarter, has not been a very profitable place to be. In fact, it was one of the worst market sectors to be invested in. — Average Loss for US solar stocks in 2006 = -11.98% — Average Gain for Leading US Indexes in 2006 = +6.13% To make matters worse, if you take out the only stock that was positive, MEMC Electronic Materials, which is a major beneficiary of the current silicon shortage, the average loss is closer to 21% than to 11.98%. So the “average” damage is much worse than it appears. What is happening? If everything is so good with renewables, how come everything is so bad with solar stocks? I am asked this question time and time again and the answer is both simple and somewhat complex. The simple part of the answer is that solar stocks ran up so far and so fast in 2005 that they could literally do nothing except come down. After all, the Law of Gravity was not suspended for Internet stocks in the late 1990s or for home prices in the early 2000s, why should it not apply to renewables and solar stocks? The answer is — it applies to every fad, bubble or stock market craze. No matter how many times you see in the press the age-old and always-wrong statement, “I know that (fill-in-the-blank) stocks have gone up tremendously, but this is a new age, this time it will be different.” The fact is that it is always the same and always will be: What goes up (too fast) must come down. The complex part of the answer is the understanding of what moves stocks in the short term and in the long term. The Short Term In the short term, the newspapers will tell you that stocks are up or down for a whole host of mostly unrelated reasons. The real basic underlying reason for stocks movement in the short term is emotions, the primary ones being greed and fear. Greed is what moved the solar stocks so far up, so fast. People did not want to “miss out” on the bright solar future, so they “chased” solar stocks higher and higher until there were no more buyers. And fear is what has caused this current correction in the solar sector. Fear that oil is going back down to $30.00 a barrel, fear that natural gas will stay at $4.00 Mcf, fear concerning the current silicon shortage and a resulting industry slowdown that is dropping growth rates far below expectations. As a result, the short term only periodically reflects reality, so an investor must understand this and act appropriately. The Long Term In the long term, stocks are moved by fundamental financial developments within each company. If a company performs well and follows its business plan, its stock will accurately reflect its true worth. In the long run, a good company will always have a good stock, but in the short term you can (because of short term emotions in the market) have a good company and a bad stock. Consequently, the long term mostly always reflects reality and, in this realm, patience is the key quality investors must possess. The Sun has not set on solar stocks — they are just regrouping for the next phase of the industry’s development. I believe that the solar sector is currently oversold and is certainly due for at least a technical “bounce” up. But it is still suffering from short-term emotions and fears. There is no doubt in my mind that the future of the solar industry is brighter than ever. As with any new industry, there will initially be greater volatility and will more than likely be more losers than winners. Exercise caution at this point in the cycle and only invest a smaller portion of your investment portfolio that you consider your higher risk money. If you consider yourself an aggressive investor, I would put together a “watch” list of the strongest stocks and wait a little longer for the general market to work itself out — and the solar sector to stabilize. If you consider yourself a conservative investor, I would stay away from individual stocks and diversify your investment in renewables by placing higher risk funds in a clean energy mutual fund or ETF. You may make less money but you will experience far less volatility and sleep a lot better at night. J. Peter Lynch has worked for 29 years as a Wall Street analyst, an independent equity analyst and private investor, and a merchant banker in small emerging technology companies. He has been actively involved in following developments in the renewable energy sector since 1977 and is regarded as an expert in this area. He is currently a financial and technology consultant to a number of companies. He can be reached via e-mail at Solarjpl@aol.com.