Based on the reverential pitch Charlie Rose made for the iPad, NewEnergyNews needs to get the answer to one question before sharing Charlie’s enthusiasm: How do you carry it, especially while carrying a phone and laptop (neither of which it replaces) at the same time?

Since the iPad is unlikely to replace other devices, its potential success rests on finding new users. Those users will depend entirely on the “cloud computing” concept. Data will not be on the device but on massive arrays of servers at hugely energy-intensive data centers. The emergence of the iPad affirms techies’ predictions that 2010 will be “The Year of the Cloud” and climate watchers’ worries that cloud computing will only add to the troubling growth of battery-charging and electricity-consuming in the plugged-in age.

Nationwide, almost half of all electricity comes from burning coal. Worldwide, because of enormous expansion in places like China and India where even larger portions of electricity comes from burning coal, energy consumption by the Information Technology and Communications (ICT) sector is expected to QUADRUPLE by 2020, adding enormously to the generation of climate change-causing greenhouse gas emissions (GhGs).

In Make IT Green; Cloud Computing and its Contribution to Climate Change, Greenpeace expresses deep concern about all this new, digitally-generated electricity consumption and challenges the ICT sector to make the “cloud” not brown but green. Greenpeace wants ICT companies to exercise conscious control over what kind of energy they subsidize and to fund R&D into more efficient data centers. ::continue:: 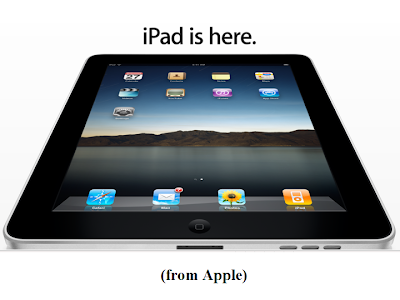 Greenpeace’s attention to the ICT sector comes from 3 key observed trends: (1) Cloud-based computing has expanded DESPITE the economic downturn so it can be expected to explode when growth comes back; (2) the rising cost of power has only slowed but not reversed the deployment of data centers but big ICT players are looking for ways to design them with built-in New Energy and Energy Efficiency; and (3) the size of the individual data centers – and therefore their importance in the energy consumption and GhG emission questions – is growing.

The key concerns Greenpeace believes the ITC sector should attend to as it expands its reliance on cloud computing:

(1) Projecting and planning for the amount of power consumed and its GhG emissions implications.

(3) Considering the impact of the data centers on the demand of surrounding fossil fuel consumers.

Since the 2008-09 crash, the financial winners in the ICT sector have led investment in smart technology. Greenpeace’s call for the sector to take a more aggressive position in policies that cut electricity consumption only gives a theoretical framework the ICT leaders’ gut instincts. Ramping up Energy Efficiency is only logical for industries that have ramped up the 21st century’s addiction to electricity and are keenly aware they would be literally nothing without it.

Even Greenpeace regularly relies on the Internet to get the word out about its causes, though it is probably too soon for very many to be reading the new Greenpeace report on their iPads.

Last Question: To what extent is the huge iPad splash associated with its potential to change the economic model for consuming digital media? (Many of the things that come free with an internet connection will cost iPad subscribers.) 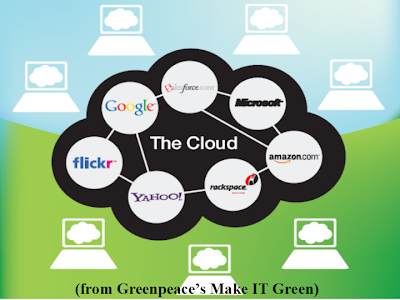 This post is based on Make IT Green; Cloud Computing and its Contribution to Climate Change (April 2010, Greenpeace International)