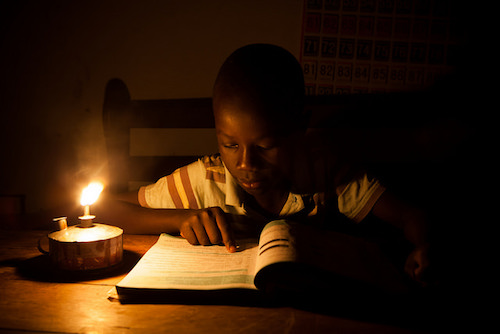 Government involvement in the design, development and operation of mini-grids in East Africa is hampering the much anticipated fast-growth of private sector investments in renewable energy technologies suitable for off-grid regions.

Experts say renewable energy power developers with an interest in installing mini-grid technologies, especially in Kenya and Tanzania, have shown appetite for designing business models suitable for deployment of systems such as for solar, wind and small hydro suited for communities in off-grid areas, but government agencies are crowding out the developers using legal and political tools that are in need of reforms.

“There is no doubt mini-grids make more sense than grid extension in large parts of Kenya and Tanzania because they can deliver quality electricity and are more reliable,” said Mark Hankins, the CEO of African Solar Designs, a Kenya-based renewable and rural energy company that provides a range of technical and advisory services in East Africa’s energy sector.

Kenya’s Ministry of Energy says in a previous report that although overall electricity access has increased from 23 percent in 2009 to 50 percent in 2015, the coverage is only limited to the coastal, central and parts of eastern and western of the country, with remote regions, such as northern Kenya, having access of about 5 percent. It says eight out of the 20 poorest parliamentary constituencies “where 74 percent to 97 percent of people live below poverty line” are found in this northern region.

Hankins said there are many renewable energy companies eyeing the East Africa market with new business models and technologies suitable for scaling up deployment of mini-grids using new technology to generate power but have no chance yet to do so because of excessive government involvement in procuring of mini-grids and pursuing politically motivated but yet unrealistic targets such as 100 percent electrification of Kenya by 2020 through grid expansion.

“Currently government agencies, such as Kenya’s Rural Electrification Authority (REA), are acting both as players and referees in the mini-grid business, which creates an unfair playing field and does not open up the industry to expected economic transparency levels,” Hankins said.

In Kenya, there are 21 mini-grid stations with a collective capacity of 24.8 MW. REA owns 19 of the mini-grid stations, which are managed by two other government companies, Kenya Generating Company (KenGen) and Kenya Power Company. The stations include 23.7 MW thermal, 0.55 MW wind and 0.569 MW solar, according to Ministry of Energy.

REA is also constructing mini-grids in 11 sites as the country strives to push up to 23 percent the population served by the mini-grids in Kenya.

“Governments in Africa are generally happy to own mini-grids but at the moment are unable to deliver quality power and cannot offer customer support services while environmental issues are not a priority in development of these projects,” he said.

Hankins said government’s role should be limited to “designing of mini-grid plans, setting targets and providing subsidies to private developers but not in the procurement of equipment, deployment and operating of the systems.”

The Kenyan government provides subsidies to REA for the construction of mini-grids, electricity connections and operating costs. Hankins said this makes it difficult for private developers to construct mini-grids and offer cost-reflective tariffs rendering the business unsustainable.

“Productive energy use, such as in milling plants, powering of pumps and in mines, is what drives the economy in the off-grid areas,” he said. “We want to see the government paying private developers to supply electricity from new renewable energy technologies to schools and hospitals in off-grid areas but should keep off procuring the mini-grids.”

An Energy Sector Management Assistance Programme report released by the Ministry of Energy early this year said potential mini-grid developers in Kenya lack guidelines, standard or best practices for development of mini-grids “which may prevent future interconnections to the main grid and result in sub standard mini-grid infrastructure.”

Lack of guidelines and technical standards imposes uncertainty on project costs, returns and ultimately project viability, according to the report.