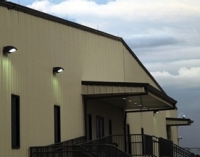 New Hampshire, USA — Google has made it a corporate mission to embrace renewable energy, and on Wednesday the company said it’s signed its first clean power contract with a utility to buy wind energy to run its data center in Oklahoma.

The contract, totaling 48 MW, isn’t the first renewable power purchase agreement for the search giant, who previously signed contracts directly with a wind farm owner.  Google called out the fact that the 48-MW contract is its first contract with a utility, the Grand River Dam Authority (GRDA), and the reason for it has to do with the role of a utility.

“Utilities like GRDA are best positioned to integrate renewable energy into their generation mix and to deliver power,” Google said in a blog post.

This line from the blog post may need a bit more explanation though. A utility runs the distribution network (and sometimes the transmission lines as well), and it has to ensure that an electric grid runs smoothly, or else its customers could experience blackouts. To keep the grid humming along, there has to be a balance of supply and demand.

Managing the flow of wind and solar energy into the grid can be challenging because wind and solar farms don’t produce energy steadily throughout the day and night. The intermittency of their power generation, which is heavily influenced by factors such as the weather, requires more diligence in ensuring that balance of supply and demand. A utility may have to crank up a natural gas power plant, for example, to compensate any temporary shortfall.

Google said it’ll pay a premium for the wind power from Grand River, though it didn’t disclose the price. It’s not clear whether it’s more expensive to buy renewable energy directly from a project owner or a utility within the same region.  For one thing, it will depend on how much that utility charges for power distribution.

The search engine company has become a corporate role model for using clean power for its data centers. It also has invested hundreds of millions of dollars in renewable energy generation and technology development. Last fall, it created a website to show its energy use profile, which showed the amount of renewable energy it had been using and its carbon footprint.

Google’s actions have prompted calls for other tech giants to do the same. Both Facebook and Apple have followed suit — Apple is building a large solar farm next to its new data center in North Carolina. Although using renewable energy wins these tech giants accolades from groups such as Greenpeace, it comes at higher costs and challenges for using power sources that can’t produce a steady amount around the clock. Data centers are the brains of their operations and can’t afford to lose power. Batteries or other types of large energy storage technologies could help to solve this serious challenge, but none has emerged to be cost effective enough or widely deployed.