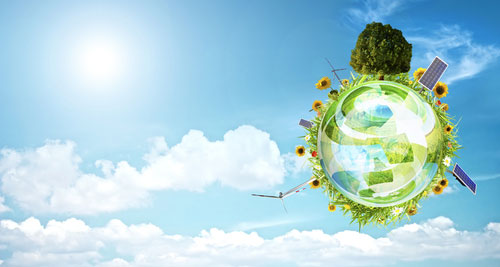 China is being encouraged by three industry groups to double the nation’s solar-power goal for 2020 to make up for shortfalls from nuclear and hydropower projects, while India’s installed capacity of solar power could reach 75 GW by 2020.  Meanwhile Kenya is installing 75 MW of wind and geothermal while Turkey looks to add 2 GW of wind power capacity ahead of schedule. Stories below.

China is being encouraged by three industry groups to double the nation’s solar-power goal for 2020 to fill a gap forecast to emerge because nuclear and hydropower are due to fall short of targets.

The world’s biggest solar market needs 200 gigawatts of such capacity by then, according to a document seen by Bloomberg.

China Photovoltaic Industry Association, Chinese Renewable Energy Industries Association and China Renewable Energy Society, which act as conduits between the government and industry, jointly wrote the document and advised the energy authority in the State Council.

The advice, if accepted, would boost solar installations sixfold, spurring demand for manufacturers including Trina Solar Ltd. and Yingli Green Energy Holding Co. China had about 33 gigawatts of solar power at the end of 2014, according to Bloomberg New Energy Finance data.

The nation intends to get 15 percent of all energy from renewables and nuclear power by 2020, up from 11 percent last year. For 2015, China plans to add about 18 gigawatts of solar power capacity, almost equal to all the generating capacity available in the U.S. at the end of 2014.

The current technology can’t guarantee the nuclear power projects are safe and the cycle of planning and construction is long, the groups said in the document. If there’s no breakthrough in the short term, it will be hard to achieve the goal of 58 gigawatts in nuclear power installations by 2020, they said.

China’s hydropower additions have been sluggish in recent years, given constraints of natural resources, according to the document. Burgeoning wind and solar power should be used to fill loopholes created by lagged nuclear and hydro capacity, the groups said.

The world’s biggest energy consumer got about a tenth of its primary energy from non-fossil fuels including renewables and nuclear in 2013, the National Energy Administration said on Dec. 31.

The utility will buy 70 megawatts from Akiira Geothermal Ltd., a project developer, and Marine Power Generation Ltd., its development partner, it said. The distributor will also purchase 6 megawatts from Kleen Energy, a local hydropower producer.

Kenya was the first African country to establish a geothermal energy industry and 25 percent of its electricity was from the renewable source in 2014, data from Bloomberg New Energy Finance show. The government of East Africa’s largest economy has set a target to produce 7.3 gigawatts of power from renewable energy by 2033.

Ercan Ersoy, Bloomberg explains that Turkey’s energy regulator will auction contracts for 2,000 megawatts of wind power capacity next year, bringing forward a program originally to be completed by 2020.

Ankara-based regulator EPDK will collect preliminary license applications on Oct. 3 to Oct. 7, 2016, according to a decree published in the Official Gazette.

Natural gas and coal supply more than half of Turkey’s power, with hydroelectric units feeding about a third of the nation’s electricity, according to data compiled by Bloomberg.

Anindya Upadhyay, Bloomberg, explains that solar will help meet more than a fifth of India’s increase in electricity demand by 2022 as installed capacity reaches 75 gigawatts, according to a research report.

Helped by a $50 billion grid upgrade and new installations, India’s solar capacity will be capable of delivering 110 terawatt-hours, or 22 percent, of required power increase within seven years, according to a report from the Institute for Energy Economics and Financial Analysis, a Cleveland-based researcher.

Net electricity demand in India, powered by an economic growth rate of 7 percent, is likely to increase by 500 terawatt- hours by fiscal 2022 — 60 percent of estimated requirements last year, IEEFA estimates.

A China-like expansion in solar installations is feasible for India in a period of several years, the report said. China’s solar capacity surged from less than 1 gigawatt in 2010 to almost 33 gigawatts at the end of last year, according to data from Bloomberg New Energy Finance.

“India is replicating Germany’s and China’s systematic electricity sector transformation, with the added advantage that the cost effectiveness of this is accentuated by the fact that the price of solar electricity has dropped by 80 percent in five years,” Tim Buckley, director of energy finance studies at IEEFA, said in a press release.

India has about 37 gigawatts of green-energy capacity. The country aims for an almost fivefold expansion to 175 gigawatts by 2022 at an estimated investment of $200 billion.