To be eligible for an award, a project needs to have been commissioned between August 1st, 2012 and July 31st, 2013 and make a significant impact on the entire renewable energy industry.  When judging the finalists, network editors considered the technology that was employed as well as the projects’ impact on the industry at large and on the communities in which they were installed.

Here are some of the projects that are helping to change the energy landscape. 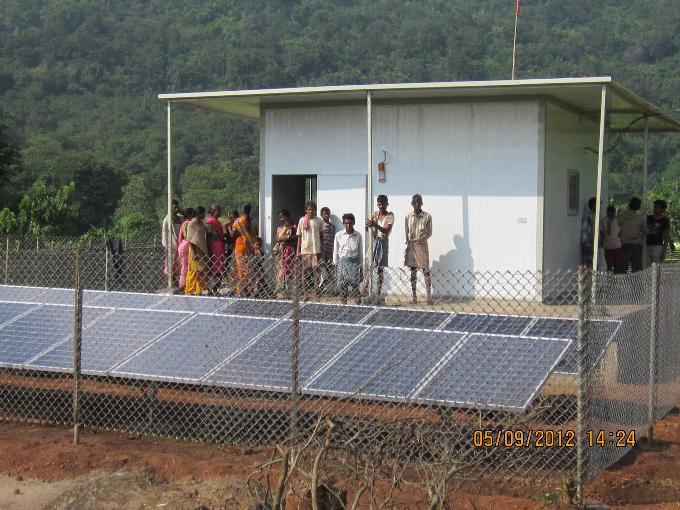 Deep in the heart of Andhra Pradesh in southern India, hundreds of villagers huddled by candlelight to go about their nightly activities, many having never seen electricity in their lifetimes – until now. Premier Solar Systems electrified 57 of these remote villages with solar energy, and it was no easy task.

To reach each village, workers typically were forced to walk several kilometers through wilderness trails, cross rivers by boat, and then walk some more. A long line of workers carried equipment to each site on foot – one with a solar panel, the next carried a sack of bricks, then a roll of wire, a bag of nuts and bolts, batteries and so on. After several days of hauling, technicians, with help from the locals, would construct an 8-kilowatt (kW) solar array, and the villagers would finally see light.

These off-grid projects collect solar energy throughout the day, which is stored in batteries. At night, a “dusk-to-dawn” switch is activated, and the batteries provide fresh solar energy to the villages. Each installation powers an average of 23 homes per village. “Street lights” are also installed, which turn off at 9:30 p.m. and switch back on from 5:00 to 7:00 a.m.

According to Premier Solar, the solar installations have revolutionized the villages and connected them to the rest of the world. Construction created jobs for villagers to earn income, which has allowed some to purchase electronics and learn the concept of trade — some even opened their own shops.

Premier Solar will continue its work to electrify villages by taking on another 20 in Adilabad and 19 in Khamman. 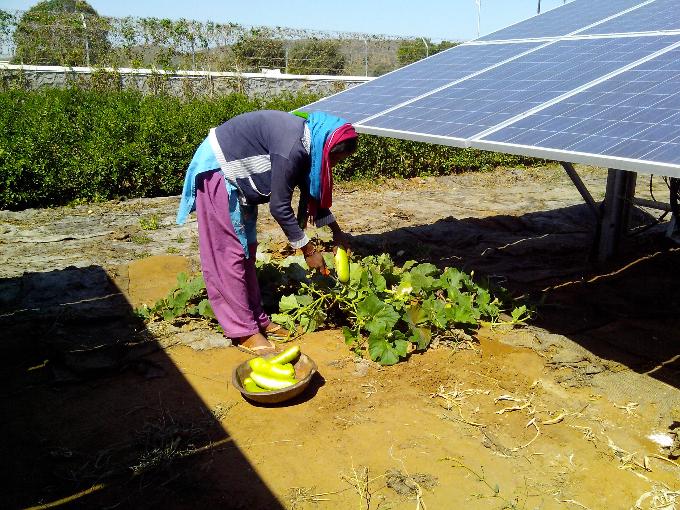 In Gujarat, India, a solar project is providing both electricity and agricultural benefits. The Solar-Agro-Electric Model consists of a 3-MW solar project that spans over 17.5 acres of farmland in a rural community.

It’s a symbiotic relationship. The panels produce electricity for the villagers, but also provide necessary shade and security for the growing crops below.  The panels are washed often for increased efficiency, and the crops are watered simultaneously. Post-harvest residues are replaced under the panels for improved fertilization.

The project has provided agricultural work for 100 villagers, and the crops are sold at local markets and also distributed among the workers. 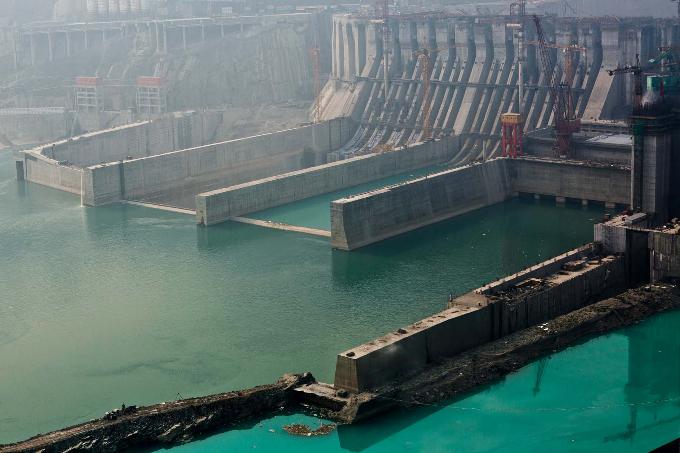 Along the Jinsha River between the Yunnan and Sichuan Provinces in China is the Xiangjiaba Hydroelectric Power Plant. Part of China’s West to East Electricity Transfer Program, which strives to deliver more power to the ever-growing eastern provinces, the plant is expected to deliver 6,400 MW of much-needed power to the region.

Utilizing the highest-output air-cooled hydro generator units at 800 MW each, all four units at its underground powerhouse are currently in operation, totaling 3,200 MW of capacity.

Due to the sheer size of the units, custom ventilation and cooling components were adapted to prevent energy losses, and Alstom developed and patented double-layer thrust bearing pads to ensure reliability and maintain normal pressure distribution. Despite its massive size and custom parts, developers were able to install and commission each unit quickly at about two months apart.

Once completely commissioned, the 6,400-MW plant is expected to supply 40 million people yearly. 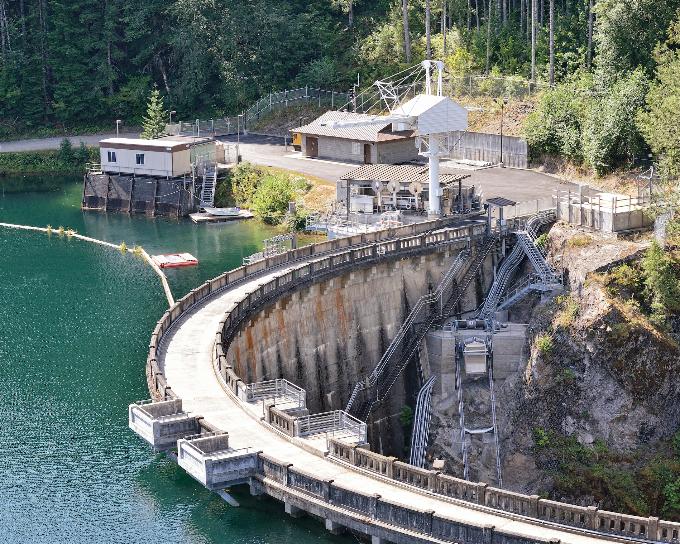 A dual initiative of clean energy and environmental responsibility, the North Fork Skokomish Powerhouse and Fish Passage Facility in Washington produces clean energy while minding the fragile fish habitat of the Skokomish River. The 3.6-MW facility includes an innovative fish collection and passage system to help bolster the population of Washington’s endangered steelhead and salmon.

Two dams had blocked fish since the 1920’s, but now the North Fork facility traps fish swimming upstream with a safe, passive-capture system powered by the water discharged by its turbines. The fish are then moved to a hopper, which takes them to the top of the dam where they are sorted then released into the upper river. 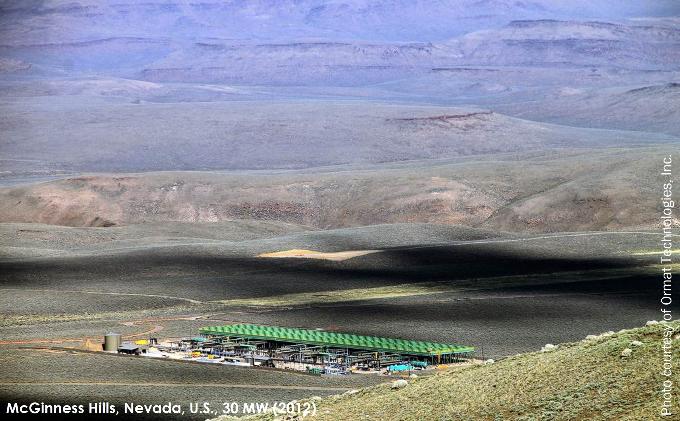 Resource exploration is considered done of the major barriers to geothermal development. Even if resources are visible above ground, successful construction is not always a guarantee, which is why the McGinness Hills Geothermal Power Plant developed by ORMAT is such a notable project. Not only was the project located amidst protected wildlife, it was also a “blind resource” due to its lack of surface hot springs and fumaroles, which makes it extremely difficult to pinpoint and develop.

The 30-MW project located in Nevada, U.S. was developed with a mix of conventional and innovative exploration techniques and tests, which included soil mercury geochemistry, geologic mapping, gravity survey, 3-D GIS modeling, slim hole drilling, and well testing. This data was compiled into reservoir modeling technology, partially funded by the U.S. Department of Energy (DOE), which was able to show a clearer picture of what was brewing beneath the surface. Due to this extensive testing, the typically 3-year permitting process was finished in less than two, while mechanical construction took less than eight months.

With its huge presence in Nevada, ORMAT has donated more than $200,000 to local educational institutions to contribute to the development of the geothermal workforce, while also establishing hundreds of jobs at its power plants across the state. 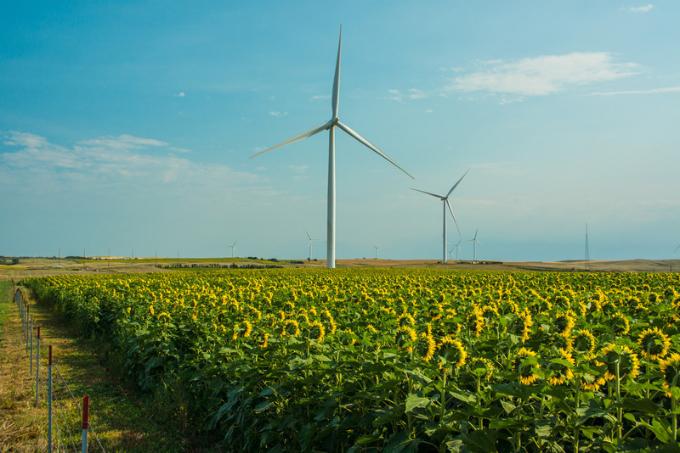 In the U.S., phase 2 and 3 of the Bison Wind Project came online in late 2012, bringing an additional 210 MW of capacity to the grid. The North Dakota-based project, which is now at a total capacity of 292 MW, is part of Minnesota Power’s larger goal of transitioning from mostly coal to an energy mix of one-third renewables, one-third coal and one-third natural gas by 2030. The project delivers power to customers via a repurposed transmission line built in the late 1970’s, which now carries renewable wind power rather than coal.

Perhaps what is most unique about the Bison project is its energy storage arrangement with Manitoba Hydro. When wind resources are high or demand is low, Bison wind energy can be stored in hydroelectric reserves in Canada and then utilized when necessary.

Bison clocks in at a 42-44 percent average capacity factor, beating the national 34 percent average, according to Minnesota Power. This performance is due in part to its use of “dino tail” blade technology patented by Siemens. The spiked blades are more efficient and quieter than typical turbines.

The project has boosted the local economy, bringing 280 jobs during its 3-year construction and 23 full-time permanent positions.

The 216-MW Marble River Wind Farm is the first project in North America to utilize the V-112 3-MW wind turbine, however it was not the first, or even second, choice. Starting in 2005, the project has commenced construction three times before settling on the 3-MW turbines due to environmental concerns.

Due to the resiliency of developers and local government, the Marble River Wind Farm was able to minimize impact on local wetlands from triple digits when the project began, to single digits with the 3-MW turbines.

With more than 150 separate leaseholders benefiting directly from the project’s cash flows, Marble River represents the benefits that can accrue for a community. The towns of Ellenburg and Clinton, New York are both significant beneficiaries of the wind farm and are set to acquire million of dollars in royalties. 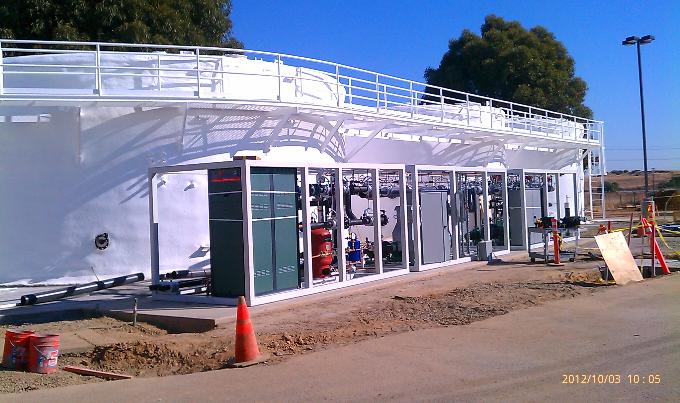 Communities around the globe are scrambling to find ways to fight a mountainous problem: landfills. Though recycling and efficiency efforts have come a long way over the years, it is still a growing issue that must be contained, which is why the city of Sacramento, California has developed the Sacramento BioDigester – the largest biodigester in the U.S.

A technology that is finally gaining steam, the biodigester facility processes 10,000 tons of food and agricultural waste per year that would have otherwise been thrown in a landfill. According to developers, the digester generates the equivalent of 2 MW of energy in the forms of heat, electricity and gas. For example, it produces nearly 200,000 diesel gallon equivalents of renewable natural gas and enough fertilizer enhancements to supply more than 20,000 acres of farmland.

The Sacramento BioDigester has also been deemed a “zero-waste” facility – it generates enough electricity to power both its operations and the neighbor fueling facility, and remnants from waste is used as fertilizer. The biodigester has been deemed such a success that as of June 2013, it has started the process of scaling up to process 40,000 tones of waste per year.

The project was forged in 2004, when professor Dr. Ruihong Zhang of the University of California, Davis (UC Davis) urged the school to take part in the advancement of anaerobic digesters. The California Energy Commission soon partnered with UC Davis and invested in research initiatives. In 2009, CleanWorld was established, and together with several California businesses and establishments, developed the Sacramento BioDigester. 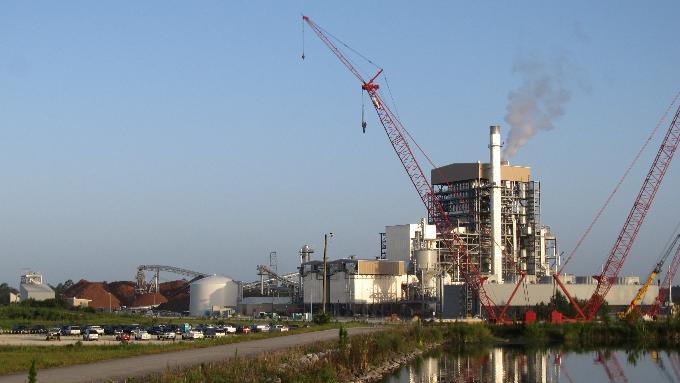