People in Germany are more pessimistic than the rest of Europe regarding their country’s progress on its energy transition, or engergiewende.

A new survey reveals that of those polled from the rest of Europe, most think that the transition is about 65 per cent complete – but Germans believe it has only reached about the halfway point. 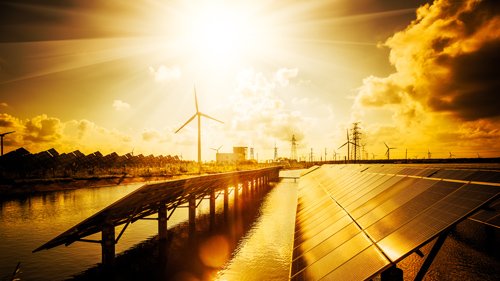 The results of the survey are part of the ‘Living in Europe’ study, for which E.ON and KantarEMNID questioned around 10,000 people in the Czech Republic, Denmark, France, Germany, Hungary, Italy, Romania, Sweden, Turkey and the UK.

Even E.ON chief executive Johannes Teyssen has publicly pointed out on several occasions that the transformation of the German power sector is far from being a genuine energy transition.

Climate protection efforts in Germany, he said, are stalling. There is still a great need for action in the areas of transport and heating, he went on to say, so politicians must urgently find a consistent approach to introducing an effective CO2 price for the use of fossil fuels in transport and heat generation.

Such a carbon levy needs to be supported by intelligent social and economic policy decisions, however, so it does not create a burden for only some groups of energy consumers. In addition, he claimed, the revenues should be used to substantially reduce the electricity price for all customers.

The survey sought to rank those countries which have made the greatest move towards renewables, and Germany came third, behind Sweden in first place with a 66 per cent transition score, and Denmark second at 64 per cent. They are followed by the UK, France, Italy, the Czech Republic and Hungary. Romania with around 26 per cent brings up the rear, just behind Turkey with just over 29 per cent.