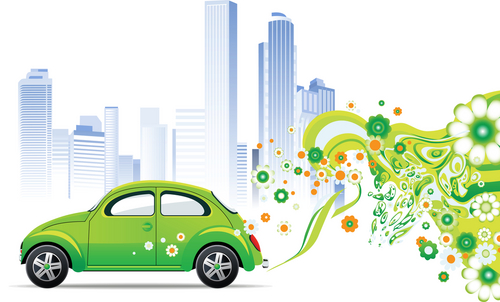 The world’s largest industrial gas supplier will today open a plant that uses wind power to convert water into the gas. That completes the circle for an almost carbon-free fuel — from the extraction of the gas to refueling facilities and the vehicles themselves — and also boosts hydrogen’s green credentials, according to Munich-based Linde.

The research plant on the banks of the River Rhine, dubbed Energiepark Mainz and developed with Siemens AG, adds to two other significant fuel cell developments this year. Toyota Motor Corp., the car industry’s biggest manufacturer, is starting production of its hydrogen-fuelled car, the Mirai, and a group including Linde, Royal Dutch Shell Plc, Daimler AG starts the roll-out of a standardized network of hydrogen-friendly refueling stations across Germany.

“The whole thing only works if we have three steps: the generation of the hydrogen, the refuelling, and the cars,” said Andreas Opfermann, Linde’s head of research and development. “We are in a better situation than battery cars where every country has its own plugs, its own level of voltage. We now have standard fueling stations.”

Tesla Chief Executive Officer Elon Musk has argued that most commercial hydrogen to run fuel cells is made from natural gas in a process that consumes energy and emits carbon. Hydrogen is also dangerous to store and transport, he has said.

“They are faster to refuel and have much longer ranges than electric ones,” the analyst said. “It can take just five minutes to refuel a hydrogen car for a range of 400 miles, compared to up to a seven hour charge for an electric vehicle to travel just 200 miles.”

Linde says Energiepark Mainz could help put an end to the criticism that hydrogen fuel cells are only marginally more environmentally friendly than traditional combustion vehicles, and allow the gas to be extracted anywhere there’s wind and water. BMW AG is also starting tests of a vehicle powered by hydrogen this month.

“When we heard the Mirai was going into production it was one of the most important announcements for our industry,” said Robert Adler, who has spent 15 years as Linde’s chief engineer at its hydrogen research site on the outskirts of Vienna. “It would be a shame if it didn’t take off, because we’ve built up a real expertise.”

While there is currently global capacity for thousands of fuel cell-powered vehicles, many are private and in poor locations, according to New York-based BNEF analyst Claire Curry. She expects global automotive demand for hydrogen to increase five-fold by 2019 from the current 600 kilograms per day as cars such as the Mirai are sold.

The German hydrogen initiative — dubbed “H2 Mobility” and also including Air Liquide SA, Total SA and Austrian gas station operator OMV AG — aims to install 400 hydrogen refuelling stations in Europe’s largest economy by 2023 at a cost of some 350 million euros. About half of that will be funded by state subsidies, according to Linde’s Opfermann. Each hydrogen-fuelled car would thus be within a 50-minute drive of a gas station.

Rather than building new gas stations, the aim is simply to add the new pump and equipment at existing sites, taking advantage of operators’ customer infrastructure.

One kilogram of hydrogen can fuel a car for 100 kilometers, and each tank typically has four kilograms of capacity. If extracted from natural gas, it can cost about 8 euros per kilogram, and some 10 euros per kilogram, when made by electrolyzing water with wind power, a reflection of the current higher cost of wind energy.

“There was a long time where we built up our knowledge base without really growing our revenue,” said Linde’s Adler. “Now things are getting exciting.”