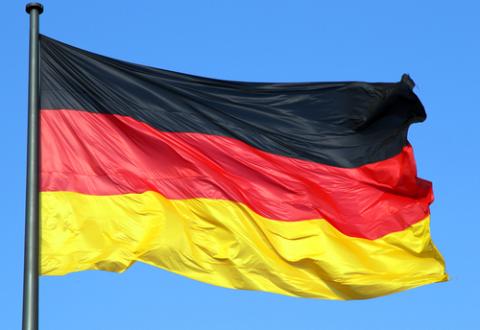 Electricity companies are “fighting something of their last stand,” Christine Lieberknecht, the Christian Democratic Union premier of Thuringia state, said in an interview. “In a few years, nobody will even talk about it anymore because the technology for decentralization of power production and energy self-determination will make such strides.”

That vista suggests a deepening crisis for EON SE and RWE AG, Germany’s biggest utilities, whose profits are slumping as Merkel pushes plans to close all 17 German nuclear reactors by 2022 in response to the Fukushima meltdown in Japan in 2011. Both companies produce mostly conventional energy.

Germany’s energy landscape is shifting as renewable sources grab revenue while consumers and companies criticize rising power costs that are three times higher than in the U.S., in part due to taxes and subsidies to promote renewable energy. Merkel plans to more than triple Germany’s renewable share to 80 percent by 2050 from about a quarter now.

EON expects profit to fall as much as 33 percent this year on asset sales and lower earnings in Russia and at its commodities unit. RWE last year posted its first loss since World War II and may face worse losses going forward. Late yesterday, RWE shareholders backed a proposed capital increase of as much as 20 percent, subject to approval by RWE’s supervisory board.

“I am an absolute technology optimist as far as electrical storage capacities go,” Lieberknecht said in the interview in her office in Erfurt, the eastern state’s capital, on April 11. “It’s not science fiction that energy will be produced locally. All you can do is perhaps delay it a bit — but it’s coming.”

Many big European utilities are caught between a weak economy that undermines power demand and policies that favor wind parks and solar panels over traditional power plants. Usually a safe haven for investors in troubled economic times, European utility stocks fell 12 percent in the past four years as the wider market gained 23 percent. German utilities will cut more jobs in 2014 and close unprofitable power plants, Hildegard Mueller, head of the BDEW utility lobby, said in January.

A member of the CDU’s national executive, Lieberknecht, 55, shares parallels with Merkel. Both grew up formerly communist East Germany, both are daughters of Lutheran pastors and both were plucked from relative obscurity by Chancellor Helmut Kohl and given senior positions in the CDU in 1991.

Merkel, 59, was elected chancellor in 2005 and Lieberknecht has been Thuringia’s prime minister since 2009.

Their interests may diverge on how to make Merkel’s energy strategy work. Lieberknecht said plans to expand Germany’s grid of high-voltage power lines need to be scaled back.

While there has to be a national German power grid with several main power lines, “there’s an awful lot that will be decided at the regional level,” she said.

Thuringia has agreed to build a high-voltage line through the environmentally sensitive Thuringian Forest, Lieberknecht said. The state opposes plans for another power line between Halle in eastern Germany and the Bavarian city of Augsburg to the southwest, she said. Thuringia can’t be Germany’s “beast of burden” for expanding the power grid, the state government complains in a statement.

States like next-door Bavaria, Germany’s second-biggest regional economy after North Rhine-Westphalia and home to Bayerische Motoren Werke AG and Siemens AG, don’t need large- scale electricity flows from lignite or wind in central and northern Germany, Lieberknecht said. Bavaria has untapped capacity in biomass and hydroelectric power near the Alps and can add gas-powered plants as backup, she said.

“They’re already leading the pack with solar energy,” she said. “They can do it. The question is if they want to.”