Portland, Oregon — For years the geothermal industry has relentlessly boasted that it is a baseload resource, meaning it provides stable power similar to a coal or natural gas plant, except without all of those pesky carbon emissions. While upfront costs to develop a plant are higher than other renewable sources, geothermal leaders say that this baseload aspect makes it a more attractive resource in the long run since the grid needs more stable power as increasing amounts of intermittent renewables enter the landscape. 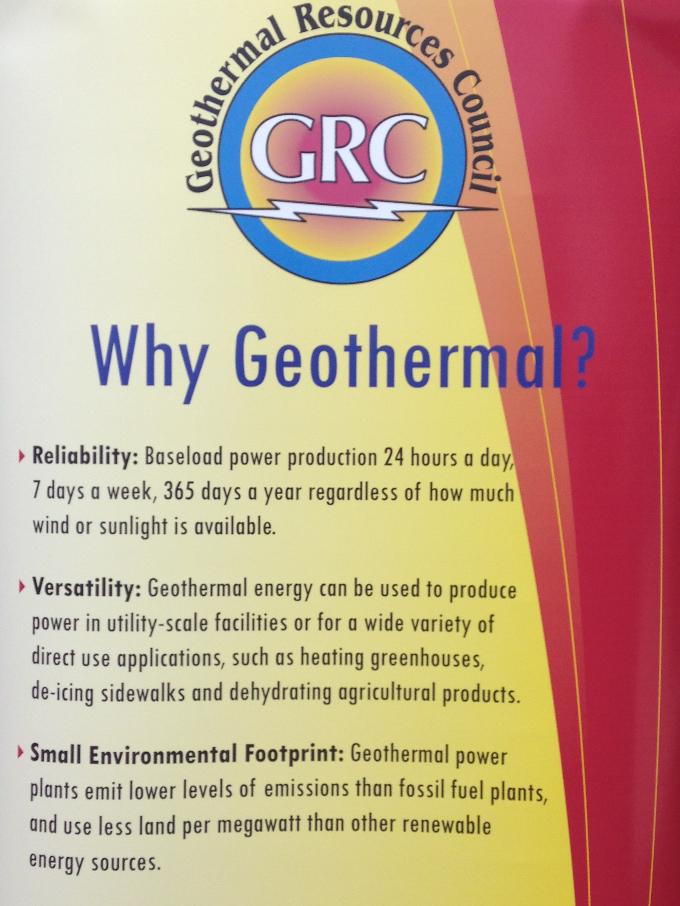 Though this may sound like bankable reasoning, Dave Olsen of the California Independent System Operator Corporation (CAISO) said geothermal needs to change its strategy to make any sort of progress in the energy market. During the opening session of the 2014 Geothermal Resources Council (GRC) Annual Meeting & Geothermal Energy Association (GEA) Geothermal Energy Expo in Portland, Oregon, Olsen warned the crowded room that they might not like what he had to say.

“Geothermal can add significant value to the portfolios of most utility companies in the western U.S., but you guys are not getting it done,” said Olsen. “You are not going to win a levelized cost competition with wind and solar. When you can’t win with the rules as they are, then you have to change the game.”

In order to be a successful competitor in the energy market, Olsen said the geothermal industry must stop selling itself as a baseload power because baseloads are actually becoming a problem. (Note: See the GRC 2014 conference signage above, which highlights geothermal’s baseload advantage.) Using California as an example, Olsen said that the closure of big resources like the San Onofre Nuclear Generation Station (SONGS) is actually making the grid much more stable and allows for the use of more solar and wind.

“Baseload has gone from being valuable to being problematic as we add more wind and solar,” said Olsen. “When we shut down other fossil plants we will avoid curtailing thousands of megawatts of wind and solar.”

California faces severe midday energy over-generation, as evidenced by the famous “duck curve” chart below. In 2013 alone, California was forced to curtail more than 19 GWh of pre-purchased renewable energy in order to run its inflexible baseload sources, and this number will likely rise in the coming years. Adding more of these resources will only make this situation worse, said Olsen. 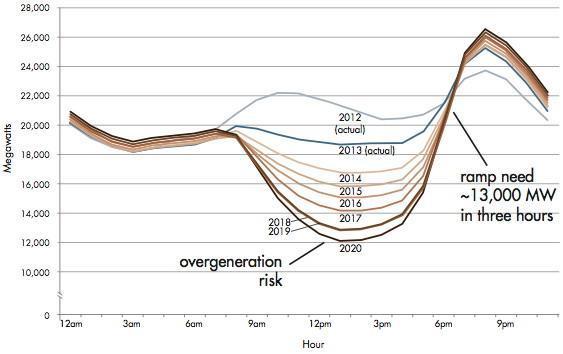 This “duck curve” shows the increased overgeneration risk and peak ramping needs (potentially 13 GW within three hours) that occur as more solar is added to the grid. Credit: CAISO

“This is the reality in California today — even if we modernize the grid and add storage we are going to have too much solar midday,” he said. “In the next 10 years this is going to be situation everywhere. Geothermal needs to get ahead and not contribute to this problem.”

Flexible Is the New Baseload

To address this problem, the grid actually needs more ancillary services — flexible power that can be ramped up and down as needed. While utilities look to decarbonize their systems and abide by EPA rules, geothermal needs to step up and market itself as the solution. Developers must design projects to operate flexibly with a wider range of services — a good example of this is Ormat’s Puna geothermal project in Hawaii. Local utility Hawaii Electric Light Company (HELCO) uses the plant for auxiliary power and is able to increase or decrease services when necessary.

The geothermal industry must educate decision makers so that they recognize this benefit, which will takes years of work, said Olsen. To make real progress, geothermal players need to work hand-in-hand with other renewable technologies.

“The good news is that wind and solar are in similar situations. Other renewable technologies are your allies, not your enemies — you are all vying for a diverse, complimentary energy portfolio. You have much more to gain by marketing and lobbying with them,” said Olsen. “If you don’t believe me, count the geothermal megawatts that have come online in last 20 years and compare.”

Spoiler alert: It’s much less than wind or solar.