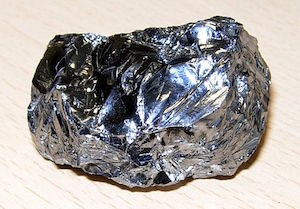 A system to capture biogas from a wastewater treatment plant, store it as thermal energy and sell it to the electricity grid is among the next wave of projects to receive money from the South Australian Government’s Renewable Technology Fund.

The $3.2 million 1414 Degrees project at the Glenelg Waste Water Treatment plant in Adelaide was among four recipients in the latest round of funding, which is also helping to pay for the 100-MW lithium-ion battery Elon Musk’s company Tesla built at a wind farm in the state’s Mid-North.

South Australian company 1414 Degrees has spent almost a decade developing its Thermal Energy Storage System (TESS) technology to store electricity as thermal energy by heating and melting containers full of silicon at a cost estimated to be up to 10 times cheaper than lithium batteries.

The wastewater treatment plant project will use $1.6 million in government funding to help build a 0.25-MW/10-MWh thermal energy storage device that holds heat generated from the combustion of biogas produced on site.

1414 Degrees Executive Chairman Kevin Moriarty said SA Water already generated electricity to power its operations from the biogas as it is produced by wastewater treatment processing at the site.

“The 1414 Degrees technology will instead burn the biogas and store the thermal energy, so the heat and electricity can be harnessed to better coincide with SA Water’s operational needs and times of high electricity market prices,” he said.

A metric ton of silicon can store enough energy to power up to 28 houses for a day.

“We can extract about half of the energy as electricity and the rest is available as heat. If we can use that heat, which is required by industries and households around the world, we can achieve 90 percent or more efficiency from the renewable sources,” Moriarty said.

“There’s a number of solutions out there from batteries to pumped hydro but the one thing missing is something that’s proven, scalable and is going to provide a low-cost solution that can be adopted everywhere.

“South Australia is a particularly good laboratory because it’s one of the first places in the world where a very large proportion of renewable energy is exposing the issues around incorporating these technologies into the electricity grid.”

South Australia leads the nation in the uptake of wind energy and rooftop solar with renewable sources accounting for more than 40 per cent of the electricity generated in the state.

However, the intermittent nature of renewable energy has been the cause of intense debate in Australia in the past 12 months.

In March, the South Australian Government announced the $150 million Renewable Technology Fund, which is designed to accelerate the transformation to the next generation of renewable energy technologies.

Companies from around the world have already submitted more than 80 proposals for technologies that include batteries, bioenergy, pumped hydro, thermal, compressed air and hydrogen.

Other funding recipients announced today include:

$3.6m grant towards a $7.7m project at the Mawson Lakes campus that includes hydrogen production and a 50-kW hydrogen fuel cell, a 0.45-MWh flow battery, 3.2 million liters of chilled water storage 1.8 MW of ground and roof mounted solar PV. The project will cut campus emissions by 35 percent and reduce peak demand on the grid.

$1m grant towards a $2.69m modular and relocatable solar PV and battery storage project at the Heathgate Resources Beverley mine. The project will pair 1 MW of solar PV with a 1-MW/0.5-MWh battery, and integrate with the existing on-site gas power plant.

South Australian Premier Jay Weatherill said the $150 million Renewable Technology Fund was putting the state at the cutting edge of renewable energy technologies and had attracted attention around the world.

“The incredible response to the Renewable Technology Fund and the diverse range of technologies represented in this round of funding shows how much potential exists in this industry of the future,” he said.

“The Renewable Technology Fund will not only help deliver clean, reliable and affordable power, it will also create new energy and renewables jobs in South Australia and make our businesses more competitive.”