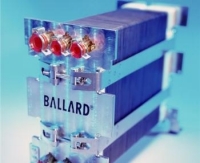 California, United States [RenewableEnergyWorld.com] Hydrogen fuel-cell cars have received a great deal of attention over the years as a clean alternative to petroleum-based transportation, producing only water for exhaust. Certainly the technology is known. Demonstration vehicles have been produced by several manufacturers and Honda is starting to roll out a fleet of 200 FCX Clarity fuel-cell cars, available for lease to select customers for US $600 per month.

These autos are costing Honda hundreds of thousands of dollars each though, according to Honda’s president Takeo Fukui (Wall Street Journal, June 16 2008), and it will take another decade before their cost falls below US $100,000. Although fuel-cell cars remain a long way from providing commercially viable transportation for the vast majority of people, cars are not the only application for fuel cells.

Fuel cells are reaching commercial viability sooner in other applications such as portable electronics, including laptops, cell phones, MP3 players and games, aiming to supplement the ability of batteries to power these mobile devices for extended periods of time. There are a number of reasons why fuel cells may prove more competitive in portable electronics than in cars, including the favorable cost, lifetime requirement and easier distribution in this market.

“Lifetimes are easier to hit as well,” says Balcom, “with consumers holding onto laptops 2 years versus ten for cars.” Methanol provides higher density energy storage than batteries, and the devices could be powered with relatively simple fuel cartridges that could be replaced and recycled when the methanol fuel runs out. While the hydrogen infrastructure remains sketchy today, with hydrogen fueling stations few and far between, distributing methanol fuel-cell cartridges could occur readily in existing retail channels, selling them perhaps in common outlets such as office supply stores, grocery stores, electronics stores and other convenient locations.

To move forward in this market, Polyfuel is developing reference designs based around its membrane technology, and leaving it to consumer electronics companies to develop the final product. “It’s like Intel with chips,” says Balcom, moving forward with plans to license the design for its technology to others who will incorporate it in the final product, like Intel’s chips inside computers produced by others.

Currently Polyfuel is focused on developing a working prototype fuel cell, and making significant progress toward demonstrating a fuel cell that can produce power for longer and with lower weight than batteries. Balcom reports that consumer electronics companies are impressed with the company’s progress and keen to see the prototype in action. “It’s not a question of if, but when,” says Balcom of efforts to produce the prototype. He estimates Polyfuel will have agreements in place to build products using its technology in the next year, and another year after that for the products to be designed before they can reach the market.

Despite progress, many challenges remain. One of the challenges is the financing for companies still developing products, amid skepticism some now display toward fuel cells after many years of effort. There are also technological challenges remaining in this still developing field. Engineering compact fuel cells needed for these systems is not easy. “Its tough to get small enough to fit in a laptop,” says Balcom, “and darn difficult to get small enough to fit in other devices.”

Other fuel-cell technologies are also being developed for portable electronics, such as zinc fuel cells being developed by Power Air Corp. While direct methanol fuel cells strip electrons from liquid methanol to produce power, zinc-powered fuel cells use a different chemistry, reacting zinc with oxygen to produce electricity. Donald Ceci, president and CEO of Power Air Corp, reports demonstration of prototypes using his company’s technology at business shows, with short term commercialization of Powerpacks that have longer run times than batteries. The exhausted Powerpacks could then be returned for recycling and recharging, closing the loop once commercialization occurs.

As fuel cells enter the portable electronics market, they will create opportunities for other businesses. With such a broad array of portable electronics on the market, the solution is not necessarily one-size-fits-all. There will be an extensive opportunity to develop an array of fuel-cell-based power sources. In addition to developing new fuel cells, the fuel cartridges powering them will be another opportunity for entrepreneurs who design, produce, distribute, market and recycle them, with potentially billions of cartridges being sold in the future.

Down the road a little further, backup power cells are another attractive opportunity. Backup power falls midway in cost between cars and portable electronics. It can be a challenging market, competing against old established technologies like diesel generators, but fuel cells provide distinct advantages such as safe performance indoors, for example, something diesel generators can never achieve.

One stimulus for developing backup power was the increased necessity of backup power by the FTC after Hurricane Katrina in order to avoid disruption of cell phone networks or other essential communication infrastructure. Companies like Ballard Power Systems and ReliOn have developed hydrogen-based backup power fuel-cell solutions and Air Power Corp. is planning on medium-term commercialization of zinc fuel cells for backup power supplies, “opening up a new offering of generators capable of running safely indoors for apartments, businesses, boats, RV’s, tents, emergency and utility vehicles,” according to Ceci.

And still further still down the road, the automobile market still looms large. “The route to profit is closer on the portable electronic side,” says Balcom, “helping to provide extra funding to develop technology on the auto side,” while autos remain attractive in the long term, in part because of the potential environmental impact of converting cars to fuel cells, reducing pollution and greenhouse gas emission. If lithium ion batteries become widely adopted for hybrid and electric vehicles, the limited supply of lithium worldwide reported by Meridian International Research in January of last year and lingering safety concerns may leave future opportunities for fuel-cell technologies using abundant materials like zinc or methanol.

Look forward to continued progress by many developing fuel-cell based technologies for the auto market. Look sooner, though, for consumer electronics and backup power generation using fuel cells to start paving the way.’

Glenn Croston is a biologist, father and author fighting climate change and working toward a greener world at home and at work.  He is the author of 75 Green Businesses You Can Start to Make Money and Make a Difference, a book that describes businesses for innovative eco-entrepreneurs to join the booming green economy in renewable energy, green buildings, food, water, services, transportation, farms, and other areas, scheduled to come out with Entrepreneur Press in August 2008. Glenn is also developing Starting Up Green as a support resource for green entrepreneurs and holds a PhD in biology from the University of California, San Diego.