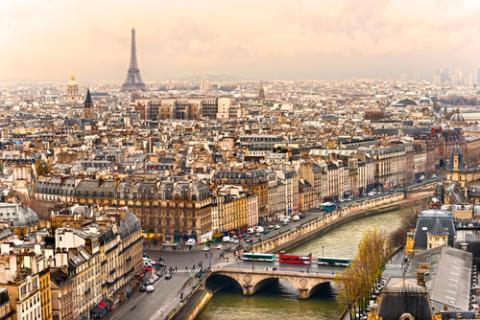 PARIS — Caisse des Depots et Consignations, a French state bank, is setting aside 5 billion euros ($6.8 billion) for green projects after the government proposed a law to spur use of renewable electricity and boost efficiency.

“We want to promote the emergence of green debt,” Pierre Ducret, head of the lender’s environmental unit CDC Climat, told a conference on energy and finance today in Paris.

Half of the money will go toward making buildings more energy efficient, 2 billion euros for clean transport and 500 million euros for renewable-energy production, Ducret said.

The funding is among initiatives pledged by banks including Credit Foncier de France and Societe Generale SA today for loans related to the proposed energy law. Legislation unveiled June 18 seeks to promote growth of renewable power like solar and wind, and reduce energy waste from buildings and transportation.

Financing will be mostly from private industry, with loans “at the heart” of achieving the law’s goals, Finance Minister Michel Sapin told the conference. The law proposes more zero- interest loans for efficiency improvements to homes, as well as tax credits, energy ministry documents released today show. It also seeks to create jobs in renewables and construction.

The legislation reiterates President Francois Hollande’s goal of shrinking the share of electricity generated with atomic power to 50 percent in 2025 from three-quarters now. It seeks to raise the share of renewable energy France uses to 32 percent by 2030, compared with about 14 percent in 2012.