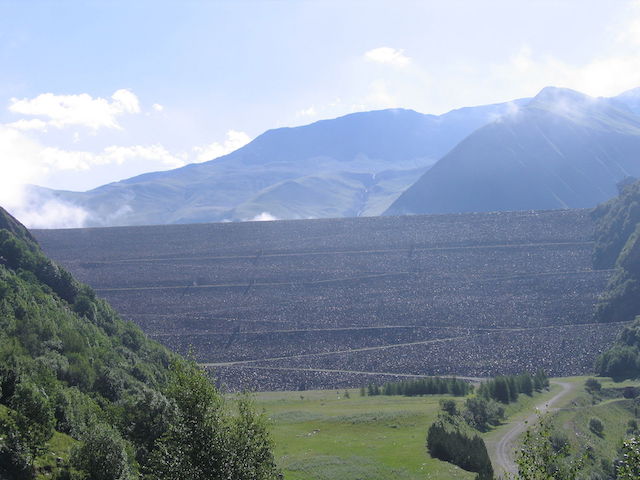 Energy storage on a commercial scale is the holy grail for supporters of renewables, including French President Emmanuel Macron.

Unfortunately for his government, a dispute with the European Union is blocking investment for facilities which could store enough wind or solar power for hundreds of thousands of homes.

At the heart of the deadlock is a series of hydroelectric dams operated by Electricite de France SA. The state-controlled utility’s rights to run several facilities expired a few years ago and the EU wants to boost competition by giving other companies a chance to operate them. EDF says it would be unfair to exclude it from new tenders, and Macron’s government is seeking a compromise.

As the spat enters its fourth year, more than 2 billion euros ($2.3 billion) of potential investment in pumped-hydro projects remain frozen. As long as the fate of their expired concessions is unclear, EDF and Engie SA, France’s dominant hydro producers, are reluctant to invest in new reservoirs and more powerful turbines. But the country will need additional storage capacity for its planned expansion in wind and solar power.

“Today, some investments on concessions are blocked because of our disagreement with the competition department” of the EU, Virginie Schwarz, director of energy at the French Environment Ministry, said at a conference this month. The government, which is about to present France’s energy road map for the next decade, is assessing ways to fund regeneration of old dams and the development of small hydro projects, she said.

French oil giant Total SA and Norwegian state utility Statkraft AS are among the companies that are prepared to bid for EDF’s and Engie’s hydro concessions when they come up for grabs. The issue has been a contentious one for the government, which owns 84 percent of EDF, as it risks being left with smaller, unprofitable dams.

Still, there may be a “political window” of opportunity for France to make a deal with the EU after European parliamentary elections in May next year, said Regis Collon, a spokesman for Statkraft France, which aims to operate at least 1 gigawatt of French hydro concessions by 2025.

The French government has asked the EU to extend EDF’s concession on the Truyere river in southern France. In exchange, the utility would build a pumped-hydro facility of about 1 gigawatt, according to Yves Giraud, EDF’s hydro chief, who says he hasn’t heard of any response from the EU.

France has identified as many as 2 gigawatts of storage for pumped hydro projects, where turbines pump water in uphill reservoirs when power demand troughs and generate electricity like any traditional dam when demand is most needed. They’re currently used to store energy during the night, but could also do so during the day if there’s an excess of solar or wind generation. France already has 4.2 gigawatts of such storage, which can provide power for much longer than batteries that typically discharge in a few hours.

“You can’t go through a windless week with a battery, while you actually can with some pumped hydro,” said EDF’s hydro chief.

The cost of building 1 gigawatt of pumped hydro is around 1 billion euros. However the next gigawatt would be more expensive because the best locations have been used already, according to Arnaud Renaud, head of consultant Artelys. Such costly investments may require some financial support mechanism because of fluctuating power costs, he said.

“Even if we’ll probably need them, it’s difficult to make such long-term investments with uncertain revenues,” Renaud said.