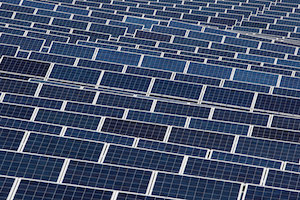 New York-based Aligned Intermediary, an investment adviser focused on climate-related projects, raised capital from five members of its team and six outside backers, said Peter Davidson, its CEO and a former head of a federal program that offers loan guarantees to innovative energy projects. Investors, including family offices and college endowments, and funding terms were not disclosed.

“There are many purchasers of solar facilities once they reach commercial operations,” Davidson said in an interview Tuesday. “But there’s little capital available for funding early development.”

Summit Ridge will focus on commercial and industrial solar project development — a specialty of CEO Steve Raeder, who had led a SunEdison unit focused on similar projects. Raeder left SunEdison in November, almost seven months after the clean-energy giant filed for bankruptcy. At Arlington, Va.-based Summit Ridge, he’s joined by eight employees, six of which worked at SunEdison.

“We had unfinished business,” Raeder said in a phone interview. “We were developing new solar assets on the East Coast. A lot of those activities were cut short by the bankruptcy.” He declined to specify the size of the investment.

Summit Ridge will initially focus on the East Coast and Midwest, Raeder said. The company also plans to offer energy efficiency and storage products that can be coupled with solar, according to a statement Tuesday. It expects to complete its first solar projects in the first quarter of 2018.