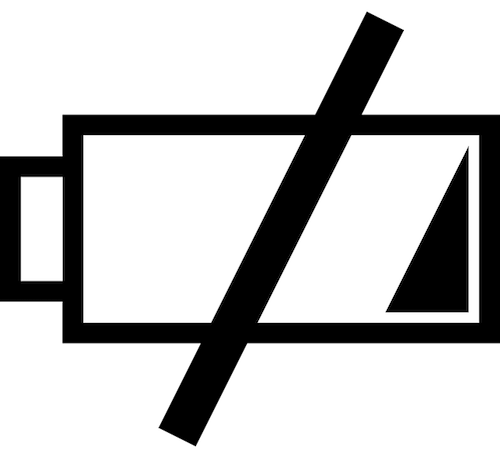 Evidence of the battery-powered era is all around us. Electric vehicles are cruising down our freeways. Household appliances thrum with stored solar energy that was until recently a daytime-only power source. Governments from California to China and South Korea—even Donald Trump’s Washington—have taken steps that will make battery power more ubiquitous.

There’s just one hitch to this battery boom: The world isn’t making nearly enough. All of the new demand from North America, Europe and Asia is constrained at the moment by a market that remains heavily dependent on a few producers.

Data on the global supply of batteries is hard to come by, but close observers of the industry have noticed evidence of the shortfall. “We’ve never seen such demand,” said Yayoi Sekine, a New York-based analyst at Bloomberg NEF. “But the supply is struggling to keep up.”

Oddly, however, lithium-ion battery-rack prices have continued their annual decline, even in the face of constrained supply and expectations of ever-growing demand.

To get a clear sense of the near future, consider battery-powered cars: Today, there are more than 3 million electric vehicles on the road worldwide; by 2025, Volkswagen AG alone plans to build as many as 3 million electric vehicles per year. Those vehicle batteries—in addition to storage batteries for homes, businesses and utilities—will have to come from somewhere.

Here’s a brief guide to today’s battery shortage and the puzzle of continually falling prices.

The storage batteries made in South Korea might be staying there.

A key part of the bottleneck could be in South Korea.

The country installed more storage capacity last year than any other, driven by government-offered discounts on electricity rates for businesses that adopt battery-storage systems. A BNEF report in September projected a total of 3.7 gigawatt-hours of battery storage in the country by the end of this year. Much of that battery capacity is the product of South Korea’s Samsung SDI and LG Chem, two leading international battery manufacturers that have both shown signs of prioritizing sales in their home country.

And that might be a part of the supply issues facing U.S. buyers, which often rely on Korean-made batteries. Almost 60 percent of the utility-scale batteries deployed in the U.S. last year were made by Samsung SDI and LG Chem, according to BNEF’s Sekine.

“There is definitely some tightness in the global market,” said Larsh Johnson, chief technology officer of Stem Inc., one of the largest U.S. battery companies. “It’s one reason we’re looking for new suppliers.”

Tesla’s gigantic battery factory can’t do it all.

Tesla Inc. draws most of the public attention in the U.S., and its gigafactory in Nevada turns out batteries for home storage and utilities in addition to electric cars. The company’s battery-cell manufacturing partnership with Panasonic is currently in first place, with 105 gigawatt-hours of battery capacity either built or planned.

There’s booming demand for one of the product categories Tesla makes that gets far less focus than its cars. Residential-energy storage has been surging in the U.S., with more capacity installed in the second quarter than in all of last year. Tesla sells its Powerwall to homeowners.

Signs of the shortage from Tesla can be detected by the way the company “can pick and choose who they want to deliver to,” said BNEF’s Sekine, “but they are not delivering to everyone.” (Tesla didn’t respond to questions for this story.)

Together, Tesla and the Korean battery-making giants can expect to enjoy intense demand. “LG, Samsung and Tesla are going to have a banner year in batteries,” said Geoff Brown, president of Powin Energy Corp., an Oregon-based energy-storage company. But there will be new competitors: “The demand just necessitates new suppliers,” he said.

Powin, in fact, exemplifies this push for new suppliers beyond these three; its products feature battery cells sourced from China.

Thanks to China’s expansion, battery prices haven’t gone up

While today’s short-term shortage has forced some battery buyers to pay a premium, prices on average have nonetheless fallen this year. A host of factors cited in the BNEF report—from limited supply and long lead times from Korean vendors to rising commodity prices for lithium and cobalt used to make batteries and the U.S. trade dispute with China—still haven’t managed to push up average prices for batteries.

CATL is building a new, 24 gigawatt-hour factory near its headquarters in China’s Fujian province, as well as a joint plant with SAIC Motor Corp. in Jiangsu province, with a planned capacity of 36 gigawatt hours. The company has said it will boost its total capacity to 50 gigawatt hours by 2020.

BYD, jostling with CATL for the title of top battery maker in China, is also building a new 24-gigawatt-hour factory in the Chinese outpost of Qinghai, targeting operation in 2019. BYD expects its total battery-making capacity to reach 28 gigawatt hours this year and to rise further to 60 gigawatt hours by 2020, said He Long, a vice president who heads the battery business.

The South Korean battery giants will also expand production. LG Chem expects its electric-vehicle batteries capacity to increase from 18 gigawatt hours at the end of last year to 90 gigawatt hours by 2020, a fivefold increase, said Yoo Won-jae, a company spokesman. He declined to comment on the potential for overall battery shortages. Samsung SDI will continue to increase its production capacity alongside demand, the company said in a text message.

Still, while the world waits for additional battery output, the current imbalance has at least slowed the pace of the cost declines that made today’s battery boom possible. Overall prices for lithium-ion battery racks have fallen 7 percent this year, according to Wood Mackenize, less than the 14 percent drop that had been forecast.

For Stem’s Johnson, the situation hasn’t prompted higher prices yet. “It’s more of a pause in cost reductions. I don’t think it will last very long.”