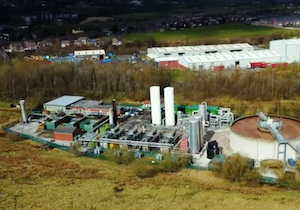 Highview co-developed the 5-MW/15-MWh LAES plant, which is located at the Pilsworth landfill gas site near Manchester, England, with waste management and renewable energy company Viridor. The project was developed in part by £8 million in funding from the U.K. government.

“The deployment of smart, flexible technologies, such as energy storage, will help to ensure the U.K. has a secure, affordable and clean energy system now and in the future in keeping with the priorities within U.K. government’s Modern Industrial Strategy,” John Loughhead, chief scientific adviser at the U.K. Department for Business, Energy and Industrial Strategy, said in a statement. “We’re pleased to have been able to support the Pilsworth demonstrator through our Energy Innovation Program aimed at accelerating the commercialization of innovative clean energy technologies and processes.”

Highview said that demand response aggregator KiWi Power will be able to draw energy from the LAES plant to power about 5,000 average-sized homes for around three hours.