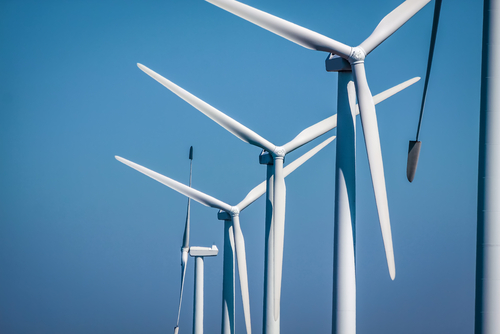 Renewables financing under Alberta’s new procurement program is both an exciting and daunting prospect. Equity and debt providers have traditionally shied away from merchant projects in the renewables sector, but on the whole, are enthusiastic about the market potential in Alberta. With some revenue certainty at the right price range, investors are ready to finance new projects and participate in what’s expected to be Canada’s next renewables frontier.

The Alberta Electric System Operator (AESO) is currently in the process of designing a renewables procurement to fit with the province’s energy-only market with the first call for bids expected this year. Expectations for the size of the market over the next 14 years is

4,200 MW and is tied to the province’s plan to replace two thirds of its coal capacity with renewables by 2030. It is estimated that this energy transition will require C$30-C$50 billion (US$23-US$38 billion) in private investment and will be supported by a Renewable Energy Credit (REC) auction, guaranteeing a portion of project revenue, with the rest coming from spot pricing and developer financing.

Program developments are being followed closely by lenders and developers, and AESO has been actively engaging with all key stakeholders.

“This news is huge,” Michael Switt, senior managing director, Manulife Financial, said. “From a lenders’ perspective, we would be extremely keen to invest in Alberta. Manulife has approximately C$4 billion [(US$3.1 billion)] invested in Ontario, Quebec and B.C. and would be happy to invest. We are waiting to see the final structure/pricing of the REC market in Alberta.”

“Our fund looks at opportunities across North America, and this development is very big news if you consider that Alberta has over 6.2 GW of coal capacity, and some 60 percent of it is expected to be replaced with renewables,” Caceres said. “Also, when you consider that Quebec is procuring less renewable energy than a few years ago and the entire phase I of the LRP program in Ontario was 550 MW, the potential pipeline in Alberta over the next few years looks extremely attractive.”

There are two schools of thought amongst project developers on Alberta, according to Mike Crawley, executive vice president of business development for Northland Power.

“There are some developers that think this is too messy and too uncertain, and there is another group that is gradually realizing that the opportunities are changing for power in general and you have to take some market risks if you want to be successful,” Crawley said. “We are still uncertain on Alberta and want to see the coal retirement schedule.”

That schedule is critical for forecasting pool prices and gauging how much developers and lenders can expect from projects outside the REC incentive.

“The hope is that the coal retirement schedule is announced and it comes off line and is replaced by new gas, which is what will drive the pool price forecast,” Crawley said. “From that, you will be able to get more comfortable with the potential pool price forecast for wind.”

The other key component is the REC price. Will it be priced at a range that will allow projects to attract enough capital?

“We want to understand what mechanism will be put in place to create some level of certainty in the market,” Axium Infrastructure’s Caceres said. “In Ontario and Quebec, there is price certainty for 20 years. In Alberta, we understand there will be a fixed add-on to the merchant structure. The question is whether a REC at approximately $0.03/kWh will be sufficient to raise a meaningful amount of project finance capital.”

Manulife’s Switt agrees that a REC in the $0.03-$0.04/KWh range will not be high enough to finance wind on a non-recourse basis.

“If the REC is too low, it will favour bigger players financing on balance sheet and not provide much opportunity for smaller players,” he said. “We have pretty good data on what it costs to build a new wind or solar facility and what type of debt these RECs and merchant prices support, and I am guessing it covers 55 percent of a new build. So, at that price, you need more equity and your returns are less, which may not incentivize sufficient development.”

“In Alberta you have the benefit of the best solar resource in Canada, but ultimately, you do have to get close to that price range,” he said. “Average monthly pool prices in Alberta have been as low as $0.02/kWh in recent months, which combined with a REC price of around $0.03/kWh might not be sufficient to develop new solar facilities. The LRP program has shown that in Ontario, you need at least $0.14/kWh over 20 years to make solar projects work from a project finance perspective.”

The first phase of the LRP program in Ontario is a good benchmark for realistic solar pricing because it was a highly competitive process with over 1,700 MW of submitted projects to fill 140 MW of available contracts, according to Caceres. One solution for Alberta would be to increase the REC cap above the current target of $0.03/kWh and let the competitive process set the lowest viable price, he added.

For wind developers, the other key consideration is estimating the wind discount for new projects, Crawley said. Currently there is a lot of wind generation in the Southwest corner of the province, and when the wind blows, it depresses the spot price because all the wind bids in at zero, he explained.

“So when you look at an average pool price of $40/MW, the realized price is more like $25/MW because a lot of time these projects produce when the market price is quite low,” he added. As such, forecasting the wind discount for new projects will be essential for estimating revenues and determining project economics.

Lenders and developers are now eagerly awaiting further details on the market mechanism and incentive for new renewables procurement. Last week, Alberta’s 2016 budget detailed plans for the carbon levies to provide $3.4 billion in revenue for renewables projects and research over the next five years, which is very encouraging. An additional $195 million has been set aside to help First Nations communities transition off coal and onto cleaner sources of energy.

Political policy risk seems to be less of a concern for lenders and developers than it was with Ontario.

“Once the PPA or REC contract is signed, investors tend to get comfortable that the authority will stand by that contract regardless of whether there are changes in government or not,” Caceres said. “In Canada, people are comfortable with that risk.”

“AESO seems to be doing their best to preserve the energy pool and, as much as I can tell, taking a fairly sensible approach to retiring coal,” Crawley said. He agrees that political risk is not a major concern. Once the contract details are revealed, however, part of the due diligence for lenders will be ensuring the contract’s stability through a change in government.

“We will want to have some comfort on the legal language around the REC as there has been some jurisdictions in Europe that were impacted by changes to tariff pricing, and lenders experienced some pain,” Switt said.

Editor’s note: All of the interviewees for this article will be participating in the Alberta and Saskatchewan Renewable Energy Finance Summit on June 2-3 with key government, finance, developer and supplier participants.