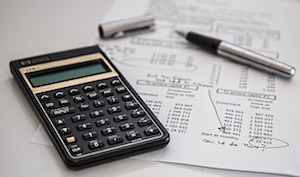 Technological and cost breakthroughs are expected to lead to rapid growth in the number of utility and behind-the-meter storage projects.

Industry insiders say the energy storage market in 2017 feels like the rise of the solar industry in the late 2000s. In 2016, energy storage developers in the U.S. installed 336 MWh of storage, double the amount from the previous year. By 2022, energy storage installations are expected to reach 7,300 MWh and generate revenues of $3.3 billion.

States are stepping in to provide rebates and energy storage mandates. Deal flow is picking up, with lenders and investors eager to move in on this emerging trend.

First, it smoothes out fluctuating output from solar and wind that can otherwise wreak havoc on a grid by upsetting frequency balance. Both solar and wind are prone to rapid ramp up and ramp down, leading to grid instability. Batteries having short charge-and-discharge cycles on the order of seconds can respond to fluctuating renewable output more quickly and accurately than thermal power plants.

Second, energy storage can help integrate renewables by shifting supply to better align with demand. By doing so, curtailment of these sources is avoided. This service requires batteries with longer charge-and-discharge cycles on the order of hours.

Behind-the-meter systems provide services to the grid as well as to the host customer. These systems are installed on the customer side of a utility meter. The customer can be either commercial and industrial or residential. Both residential and commercial customers benefit from having a backup supply of power. If the customer is commercial or industrial, then it gets the added benefit of demand charge savings under its retail rates. Demand charges are what utilities charge customers for their maximum load during a certain interval. They can make up a significant portion of a customer’s bill. By drawing on the battery instead of the grid during periods of peak electricity use, the customer can avoid expensive demand charges.

Behind-the-meter storage also helps with integration of distributed resources. The energy storage system can store excess energy produced by a solar system on the customer’s roof, usually during the day when the customer is not home, and release the energy when demand increases, usually during the evening. Without energy storage, the excess energy gets fed back into the grid at a time when there is no matching demand, which can cause problems for the grid.

Creditworthy corporate offtakers like Whole Foods, Walmart and Amazon are increasingly interested in energy storage. The interest of these players in energy storage is an extension of the “corporate PPA” trend that took hold in 2016.

California is the dominant market leader for storage in the U.S. Total deployments in 2016 increased 100 percent over the previous year largely due to a burst of activity in California in the fourth quarter of 2016, when more than 200 MWh came online. The deployments were driven by fast tracking of procurement to compensate for potential electricity shortages after a gas leak was discovered at the Aliso Canyon natural gas storage facility. Other markets such as Hawaii, Massachusetts, New York and Texas are waking up.

Incentive programs are gaining momentum as more states pass laws and adopt regulations to drive this nascent industry. Project developers should have a firm grasp of any incentive programs to the extent the financing is dependent on them.

At the federal level, a 30 percent investment tax credit may be available for certain energy storage installed in conjunction with solar or wind projects.

At the state level, the regulatory landscape varies widely.

In California, the self-generation incentive program (SGIP) has been a key contributor to the growth of the energy storage market by making the projects economically attractive. The program has been around since 2001. It offers rebates to certain distributed energy technologies, including wind, combined heat and power, fuel cells and energy storage. The SGIP is funded by a charge levied on all ratepayers and collected by the three California investor-owned utilities.

A revamped version of the program that greatly benefits energy storage became effective on May 1. Under the revamped program, the total amount of rebates being offered is $166 million per year, double the previous amount, and 75 percent has been allocated to the energy storage category. For commercial energy storage projects greater than 10 kW in size, the rebate offered is 50¢ per watt-hour of energy produced (but only 36¢ for solar-plus-storage so as not to over-subsidize projects that qualify for a federal investment tax credit). The customer must bear at least 40 percent of total project costs.

California, Oregon and Massachusetts have each adopted an energy storage mandate that sets mandatory storage procurement targets for utilities.

In 2013, California established a collective mandate of 1,300 MW by 2020 for all utilities. Oregon followed in 2015 with a smaller-scale mandate of 5 MWh by 2020 per utility. In August 2016, Massachusetts passed a law authorizing its state energy commission to set a storage mandate. In late June 2017, the Massachusetts Department of Energy Resources (DOER) set a statewide target of 200MWh to be achieved by 2020.  This was lower than expected, as a state-commissioned report recommended 600 MW by 2025. However, the DOER did indicate that it may implement additional targets in the future.

In part 2 of this article, we will look at the revenue streams for energy storage and the associated project risks specific to current policy frameworks in U.S. markets.

This article was originally published in Norton Rose Fulbright’s Project Finance NewsWire and was republished with permission. 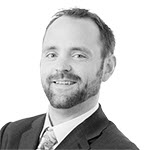 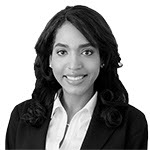 Brian Christopher Greene (left) is a partner with Norton Rose Fulbright. His practice focuses on the representation of public and private entities in domestic and international project finance, energy and infrastructure projects, particularly in the United States and Latin America.

Deanne M. Barrow is an associate with Norton Rose Fulbright. Her practice focuses on the representation of clients in the development and financing of energy and infrastructure projects, including renewable energy projects.