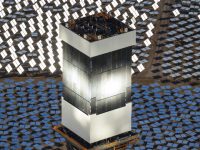 Tulsa, OK and Nashua, NH — The editors of Renewable Energy World and Power Engineering magazines and their respective websites have announced eleven finalists for the annual Projects of the Year Awards program.

The finalists were selected from four major categories: Renewables, Gas, Coal and Nuclear.

“The world’s appetite for energy continues to grow,” said Richard G. Baker, senior vice president of PennWell’s Power Generation Group. “Companies like those represented by this year’s project finalists are instrumental in meeting the growing demand. Power Engineering and Renewable Energy World magazines are once again pleased to be able to recognize some of the exceptional power generation projects that were completed in the past year.”

The finalists will be profiled in a larger story on RenewableEnergyWorld.com in the month of November.