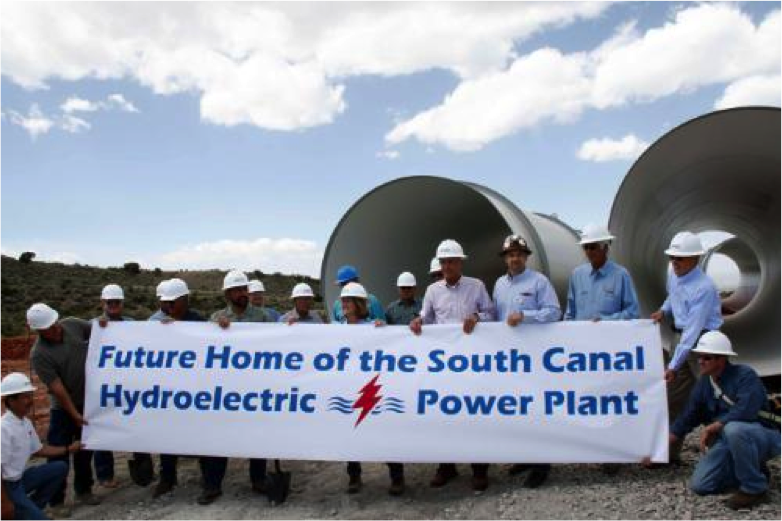 In a July 1 ruling FERC (the Federal Energy Regulatory Commission) cleared the way for Colorado’s Delta-Montrose Electric Association (DMEA), along with other electric co-ops, to step outside the bounds of a 40-year power supply contract with Tri-State Generation & Transmission Association and tap into local renewable energy supplies. FERC’s ruling, which was unanimous, clarifies what had been deemed unclear wording in PURPA (Public Utilities Regulatory Policies Act), as well as Tri-State’s regulatory status.

The contract DMEA and 43 other electric co-ops had signed with Tristate in 2001 required them to purchase 95 percent of their electricity from Tri-state. In short, FERC ruled that as per PURPA DMEA not only had the right but the obligation to purchase electricity directly from “Qualifying Facilities” (QFs) over and above the five percent cap it’s limited to in its contract with Tri-State.

With the ruling, FERC opened the door for DMEA and other Tri-State electric co-op members to tap into cost-competitive renewable energy resources right in their backyards. DMEA intends to move forward and contract for electricity from a small-scale hydropower facility to be built on a local irrigation canal proposed by Percheron, DMEA’s Manager of Member Relations and Human Resources Virginia Harman said.

Greater Use Of Local Renewable Power

Enacted in 1978 as part of the National Energy Act, PURPA promotes development of cost-effective small-scale hydropower and other renewable energy resources, as well as energy conservation and energy efficiency, FERC explained on its website. Under PURPA, public utilities are obligated to purchase electricity generated by certified QF as long as they total no more 80-MW of electrical power capacity. PURPA QFs receive special rates and regulatory treatment.

“Community support for DMEA was overwhelming,” Harman pointed out. More than 70 individuals and organizations, including coal companies, as well as the NRDC (Natural Resources Defense Council) and the Aspen Skiing Company, supported DMEA’s FERC petition.

DMEA CEO Jasen Bronec said that FERC’s ruling “is a victory not just for DMEA and its members, but for people and communities throughout Delta and Montrose counties. Purchasing local renewable power will further DMEA’s long-term strategic goal of diversifying our power supply, which means more stable rates to our members and lesser impacts from any future power rate increases.

He added that the ruling “could also mean serious local economic development, as renewable facilities locate to the area to take advantage of our abundant renewable resources in Delta and Montrose counties.”

FERC’s green light “is clearly good news for the renewable energy world,” University of Denver Sturm College of Law Professor K.K. DuVivier commented in an interview. While FERC came down in favor of DMEA’s petition on two of three counts, it essentially sidestepped the issue of whether or not Tri-State should be regulated as a public utility and hence subject to direct oversight by FERC, which it is not at present, she pointed out.

The decision gives DMEA and other Tri-State electric co-op members much more flexibility to adapt to changing conditions and meet consumer and community needs by purchasing more electricity from renewable power producers, DuVivier noted. Its broader impact will be limited as there are very few co-ops as large as Tri-State nationwide, however.

Energy policy and regulatory oversight in the U.S. is moving renewable energy forward in some cases while holding it back in others, added Jack Jacobs, managing partner at Cleantech Law Partners. “It’s certainly a big part of what’s happening now with energy in the U.S.”

The lack of a strong, persistent commitment promoting renewable energy by federal lawmakers in particular remains an obstacle to growth and development, Jacobs continued. Vacillating Congressional support for renewable energy incentives, such as the wind power production and solar power investment tax credits, have resulted in stop-and-go development binges and hampered what would could have been even more rapid renewable energy development and growth, Jacobs said.

Nevertheless the DMEA FERC ruling is one step in the right direction.