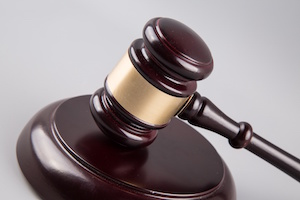 President Donald Trump’s nominee for Chairman of the Federal Energy Regulatory Commission (FERC) would be able to set policy and direction for “several significant issues that will impact renewables, including on interconnection, frequency response and wholesale market rules,” according to Ruta Skučas, a partner at Pierce Atwood.

Trump yesterday announced he will nominate Kevin McIntyre to lead FERC. McIntyre is a partner with the law firm Jones Day and is the co-leader of the firm’s global energy practice.

Skučas said in an email that FERC has an open Notice of Proposed Rulemaking—Docket RM16-23, November 2016—on distributed energy resources and energy storage that “will likely be significant for renewables.”

“Also, the new Chairman will need to address the wholesale market and state policy issues that FERC began to openly consider at the May technical conference, which are often closely linked to state [renewable portfolio] standards and renewable policies,” she said.

Commissioner Colette Honorable resigned from FERC last month, leaving LaFleur as the only commissioner. In a June 30 letter, Honorable said that FERC has worked to improve its analysis of the wholesale energy markets.

“It is incumbent upon the regulator to understand and accommodate new technologies, economic realities, policies and much more,” she said. “The last few years have made clear that the energy sector is no longer on the cusp of profound change, but is indeed in the midst of it. … More electricity is being produced by renewable resources in the U.S. than ever before. Recently on June 14, wind and solar exceeded 10 percent of our total monthly electric generation in the U.S. This is indeed a new day for us, and we must take advantage of these opportunities in new and different ways.”

President Trump on June 29 announced he will nominate Richard Glick to be a member of FERC. Glick is General Counsel for the Senate Energy and Natural Resources Committee.