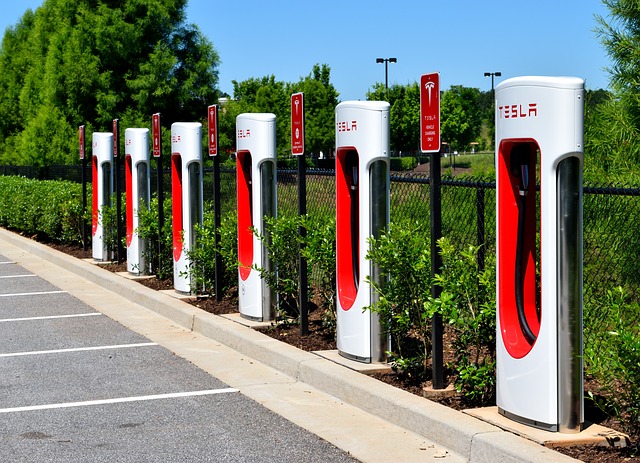 The second half of the 2010s saw the rebirth of the battery electric vehicle (BEV) however, despite the electrification movement growing in popularity, BEVs accounted for just 3% of all vehicle sales and represented only 0.5% of all vehicles on the road in 2019. The industry is still in its infancy and the BEV sector requires external support to become competitive.

While the sector’s market share is small, Wood Mackenzie expects the 2020s to be a decade of BEV growth. The group says it sees global BEV market share increase from 3% in 2019 to 14% by the end of the decade in its base case scenario. Within the same timeframe, the share of full hybrids will climb from 4% to 9%, while the penetration of gasoline engine vehicles is expected to fall from 79% to 66%, it said.

“This will have a ripple effect on many other industries. According to our projections, demand for global petroleum products will fall by 1 million barrels a day from the impact of BEV growth alone.

While the focus of the previous decade was on cost and range, the coming decade will see an emphasis on energy density and charging capacity.

“With one of the most advanced battery packs in the automotive industry, the Tesla Model 3 pack has an energy density of 160Wh/kg. The 75kWh pack weighs approximately 480 kg, representing about a quarter of the vehicle’s weight.

According to Wood Mackenzie, the energy density of lithium-ion batteries is projected to rise 25-35% depending on specific chemistry used over the next decade. This is before accounting for next-generation technologies, such as solid state and lithium-sulphur batteries. The increase in vehicle efficiency from these changes, combined with the projected decrease in pack costs, will lead to a marked decline in BEV price at point of sale.

Charging capacity is on the cusp of similar changes.

“Most direct charge (DC) fast chargers operate at a rate of 50kW. While this is significantly faster than home chargers (2.5kW), it is important to remember that a standard gas station transfers energy at a rate of 20,000kW.

“One way to understand these numbers is to translate it to consumer impact. The fast-charging technology available today can provide approximately 40 miles of range in 10 minutes. This mitigates the fear of being stranded far from home during a daily commute. However, it does not yet solve the problem of taking longer trips, as even 200 miles of charging would take 30-40 minutes. Therein lies a threshold.

“An effective charge rate of 300kW can provide 200 miles of range in 10 minutes for an average car. A strong network of chargers with this capacity along major highways would mitigate fears of not being able to take a long trip,” said Chandrasekaran.

A combination of significantly improved energy density and a network of high-capacity public fast-charging stations has the potential to catapult BEV adoption from the projected 14% to 30-40%, says Wood Mackenzie.

While still in its infancy, dynamic electric vehicle charging (DEVC) technology is likely to play a role towards the end of the next decade.

“Unlike stationary charging, a dynamic system can charge the car while moving at high speeds thus nullifying range anxiety. This technology is a game changer. It will encourage manufacturers to make – and customers to buy – vehicles with much smaller battery packs. This will trigger a snowballing effect on cost, weight and range.

“In fact, a breakthrough in DEVC technology has the potential to propel BEV market penetration to 70-80%. However, there is a long way to go before the technology can be considered commercially viable and scalable,” said Chandrasekaran.

At a 3% share of the current automotive market, today’s BEV buyers are primarily innovators and early adopters.

“As a group, they are far more forgiving of shortcomings and disadvantages of a technology. They see it for what it can be, rather than what it is.

“To achieve a high market penetration, BEVs must appeal to the masses. To achieve that basic status, BEVs will have to be cheap, reliable and, most importantly, convenient to charge. Without a strong case to drive people towards BEVs, large-scale adoption may never come to fruition,” added Chandrasekaran.