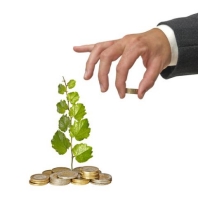 LONDON — The European Investment Bank (EIB), the world’s largest public financial institution, has announced that, effective immediately, it will no longer finance most coal-, lignite- and oil-fired power stations in an effort to help Europe meet its climate targets.

The announcement comes on the heels of a similar announcement by the World Bank, which has said it will provide support for coal-fired power stations in developing countries “only in rare circumstances.”

In a meeting this week, the EIB’s board of directors voted to adopt an emissions performance standard (EPS) for energy projects that will screen out those emitting more than 550 g of CO2 per kWh, effectively blocking investment in fossil fuel plants that have not implemented emission reduction technologies. Coal plants may still receive funding if they co-fire with biomass or put combined heat and power (CHP) or carbon capture and storage (CCS) technologies in place.

The board said the standards, adopted after an eight-month consultation with over 80 industry groups, national bodies and individual companies, are designed to reinforce support for investment in renewable power generation and energy efficiency across Europe. Richard Willis, EIB press officer, told REW that the move “brings up to date our ongoing focus toward renewables and reflects how we see our main focus on investment in the years ahead.” Green groups such as the WWF have welcomed the move but said it doesn’t go far enough, and some Member States had reportedly pushed for more stringent standards to be implemented immediately.

“When considering at what level to set the EPS we looked at the nature of emissions across a range of technologies,” Willis said. “We’ve set a standard unanimously agreed by all Member States which fully reflects current policy, but the guidelines haven’t been issued yet because we were asked that we would review and also tighten the limited exceptions that are in place to make sure we focus primarily on renewables, grids and energy efficiency.”

Two exemptions to the standard, which would allow continued funding for coal plants that contribute to Europe’s security of supply or “contribute to poverty alleviation and economic development” in other regions, have also been flagged by green groups.

“We agreed that the overall new guidelines would be looked at in autumn next year — this is normal for any initiative the bank undertakes,” said Willis. “We will look to see if the level of distinction between projects continues to be reflected by the 550 g figure, or whether technologies will improve so we could have a lower figure that would still enable [emissions] abatement and biomass investment.” He also speculated that a “much stronger set” of climate targets could follow European elections next year, at which time “that would be taken into account.”

A number of Member States have highlighted the continuing importance of gas as a transition technology to a low-carbon economy, and Willis said the EIB recognises this, although he did not say what specific measures have been taken. But, he said, “really our main focus is for 90 percent of our future engagement to be in the areas of renewables, energy efficiency and grid networks to make sure renewables can have a key role in Europe’s energy mix.” Investment in grid infrastructure is crucial, he said, and “no single government or institution can pay for this alone; companies are stretched. We can play a role as a key source of finance, and also play a supporting role in providing technical assistance. As co-financier we support, on average, about a third of project funding, but we can do up to 50 percent, we can help bring in other financial sources, often from other banks which don’t have such a large focus on and exposure to renewables but are happy to work with others to contribute much-needed capital for long-term investment.”

Earlier this week, the bank signed a funding agreement with Dutch grid operator Tennet for new grid infrastructure linking the North Sea to northern Germany, and today the bank and Spanish utility Iberdrola signed a loan contract for €200 milliion to support the modernisation of Spain’s electricity grid. Such grid investment “is key to harnessing not only existing renewable energy investment but also new investment as it comes forward,” Willis said.

Looking forward, he concluded that “in terms of renewables, we recognise that on a snapshot, year-by-year basis investment fluctuates given different energy markets and regimes. We are closely involved with most larger projects but also increasingly looking at ways to work through intermediary banks to support smaller-scale schemes. We have a continuing role in helping other sources of finance support renewables: banks that don’t focus on renewables can use our engagement to get involved. We see this in large-scale projects in the North Sea, and in sub-Saharan Africa and elsewhere.”