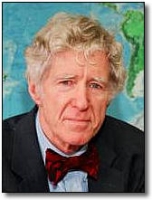 Europe is leading the world into the age of wind energy. In its late 2003 projections, the European Wind Energy Association (EWEA) shows Europe’s wind-generating capacity expanding from 28,400 megawatts in 2003 to 75,000 megawatts in 2010 and 180,000 megawatts in 2020. By 2020, just 16 years from now, wind-generated electricity is projected to satisfy the residential needs of 195 million Europeans, half of the region’s population.