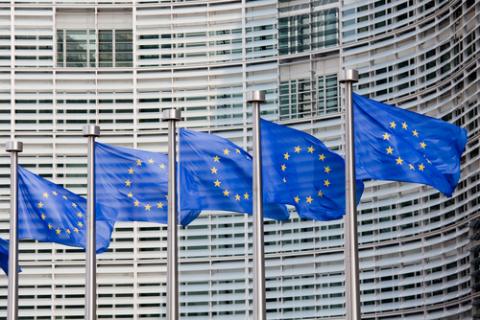 BRUSSELS — The European Union needs an ambitious emissions-reduction goal, targets for energy- efficiency and renewables as well as tools to foster investment under its planned 2030 policies, an advisory panel to 14 ministers said.

EU leaders need to agree on the framework for the next decade by October, sticking to the deadline agreed earlier this year, the panel said in a report obtained by Bloomberg News. The panel includes experts from the International Energy Agency, the European Investment Bank, the European Bank for Reconstruction and Development and the Organization for Economic Cooperation and Development. A decision by the 28-nations bloc’s heads of state and government on the 2030 strategy requires unanimity.

“We need to create a low-carbon energy union because it offers huge opportunities for investing in the current energy system, replenishing the grid and bringing growth and jobs to Europe,” Sandrine Dixson-Decleve, Director of the Brussels Office for the University of Cambridge Programme for Sustainability Leadership, who participated in the panel’s discussions on the report, said by phone.

“This is the best answer to energy security concerns and climate goals as long as we create a transition plan for high- carbon energy-dependent industries and countries,” she said.

The EU debate comes as the region seeks to diversify its supply sources and cut dependence on imports of Russian natural gas. Energy security is set to move up the European agenda after talks to solve a pricing dispute failed earlier this week between Russia, the region’s biggest supplier, and Ukraine, the transit country for around half of the gas to the EU. Ukraine said Russia cut gas supplies on Monday, a move that risks disrupting deliveries to Europe.

As the starting point for cutting dependence on imported energy, the EU should draft a road map of steps that may be pursued in the short, medium and long term, according to recommendations by the panel to ministers in the Growth Green Group, an informal group that includes EU environment ministers backing ambitious climate policies. It comprises representatives of the U.K., Germany, France, Italy, Spain, Netherlands, Belgium, Portugal, Ireland, Sweden, Denmark, Finland, Slovenia and Estonia.

The road map “should both establish a timeline and action plan that looks outward to diversify gas-supply sources and inward to reduce energy consumption, increase its renewable sources and other low-carbon indigenous resources, grid capacity and infrastructure investment, especially interconnections,” the panel said in the report.

EU governments are divided on the impact of the Ukrainian crisis, with Germany calling for ambitious carbon-reduction and renewables goals to cut the reliance on imported fossil fuels and Poland urging caution and guarantees that nations retain their sovereign right to decide about energy mix and be allowed to use domestic resources, such as coal and shale gas.

The European Commission, the bloc’s regulatory arm, in January proposed that leaders back stepping up emission reductions to 40 percent by 2030 compared with the 2020 goal of cutting greenhouse gases by 20 percent from 1990 levels. EU leaders need to back a domestic emissions goal that would be at least in line with the commission’s proposal and keep open an option to toughen it if a globalclimate deal is reached.

“Making our economies more energy efficient and developing indigenous renewable energies is our best insurance against import dependency and high energy bills,” German Environment Minister Barbara Hendricks said in a statement. “We therefore need to agree on three ambitious and binding targets for GHG, renewables and efficiency in 2030 this October.”

Such a package should be accompanied by an improved EU emissions-trading system and a high carbon price, the advisory panel said. An overhaul of the cap-and-trade system should be enacted by 2016, it said. That’s earlier than the 2021 starting date proposed by the commission.

Regardless of what scenarios Europe chooses to cut emissions, it needs to spend more than 2 trillion euros ($1.4 trillion) over the coming decades to upgrade its aging power plants and improve the transmission system and infrastructure, the advisory panel said. To facilitate investment, the EU must steer funds towards development of low-carbon technology and ease red tape, permit requirements and “bureaucratic structures,” the panel said.

Elimination of barriers to an internal-energy market, drafting policies for energy-intensive sectors and creating new state-aid guidelines to facilitate well-functioning capacity markets also need to be addressed when designing the framework for the next decade, according to the report.