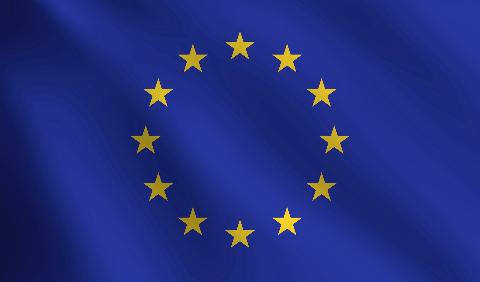 BRUSSELS — European Union governments are considering the use of carbon-permit funds to help finance clean technologies and spur poorer nations toward a low-carbon economy under a planned deal on 2030 climate and energy policies.

The bloc’s 28 countries may renew a special carbon-permit reserve — which yielded 2.2 billion euros ($2.8 billion) for renewable energy and carbon-capture projects over the past four years — and extend its scope, according to draft guidelines prepared for an Oct. 23-24 summit of EU leaders in Brussels. Countries may also agree to create a new fund, which would help finance investment in low-income member states, the document obtained by Bloomberg News shows.

EU leaders pledged in June to seek an agreement by October on a climate and energy framework for the next decade. The challenge is to reconcile the goal of meeting greenhouse-gas reductions with pledges to cut energy prices and ensure secure supplies amid a natural-gas dispute between Russia and Ukraine, the transit country for about 15 percent of European demand.

The European Commission, the EU’s regulatory arm, proposed earlier this year that nations adopt a binding goal to cut greenhouse gases by 40 percent by 2030, accelerating the pace of emissions reduction from 20 percent in 2020 compared with 1990 levels.

“All member states will participate in this effort, balancing considerations of fairness and solidarity,” according to the draft guidelines, to which governments may now provide comments.

Under the planned 40 percent domestic carbon-cut goal, emissions in the EU emissions trading system, known as ETS, would fall by 43 percent and discharges in sectors not covered by the cap-and-trade program would decline by 30 percent.

The October deal would include an agreement to accelerate the pace of annual emission reductions in the ETS to 2.2 percent starting in 2021 from the current 1.74 percent, the draft shows. Member states would also back continued allocation of free permits to prevent a phenomenon known as carbon leakage, whereby companies relocate to regions without emission curbs, according to the document.

To help promote the shift to low-carbon technologies, a special reserve of carbon permits will be renewed and may be increased to 400 million allowances. The number of permits may still change.

The facility was originally created in 2008, when the EU decided to set aside 300 million permits from the reserve for new entrants to the ETS and use proceeds from their sale to encourage renewable energy and carbon-capture technologies. Member states will consider whether to extend the scope of the mechanism to aid low-carbon innovation in industrial sectors, the draft shows.

They will also discuss creating a new reserve, possibly including between 1 percent and 2 percent of ETS allowances, “to address particularly high additional investment needs in low-income member states, whose GDP per capita is below 60 percent of the EU average,” according to the guidelines. The aim would be to improve energy efficiency and help modernize their energy systems. The reserve will be the basis for a fund that would be managed by the European Investment Bank.

Another element of the October deal may be the green light to an EU-wide target to boost the share of renewables in energy consumption to at least 27 percent and a goal of increasing energy efficiency by 30 percent in the next decade, the draft shows.

To boost security of gas and electricity supplies, EU leaders may agree on further measures to reduce the bloc’s energy dependence, according to the document. They would include accelerating or identifying new key projects to improve interconnections and further development of a policy to protect critical energy infrastructure. Governments will also consider increasing EU bargaining power in talks with external energy suppliers through an information exchange mechanism and assistance of the commission in the talks, the draft shows.

“A reliable and transparent governance system will be developed to help ensure that the EU meets all of its energy policy goals, with the necessary flexibility for member states and in full respect of their freedom to determine their energy mix,” according to the draft.