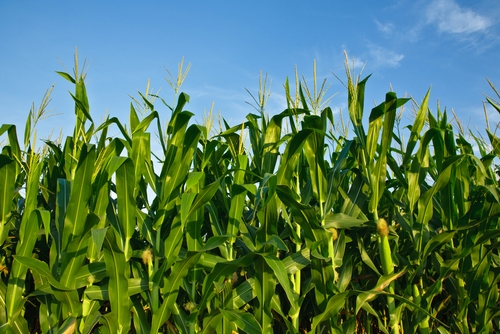 WASHINGTON D.C. — Federal regulators rejected a request from the governors of eight U.S. states to waive requirements for blending corn-based ethanol into gasoline, a mandate they said was driving up food costs during the worst drought in a half century.

In an e-mailed statement today, the Environmental Protection Agency said it had found no evidence of “severe economic harm,” a determination needed to support granting the waiver. The governors of Arkansas, North Carolina, Maryland, Delaware, Georgia, Virginia, New Mexico and Texas made the request. The group included four Democrats and four Republicans.

“We recognize that this year’s drought has created hardship in some sectors of the economy, particularly for livestock producers,” said Gina McCarthy, assistant administrator for the EPA’s Office of Air and Radiation. “But our extensive analysis makes clear that congressional requirements for a waiver have not been met and that waiving the RFS will have little, if any, impact.”

Gasoline refiners will be required to blend 13.2 billion gallons of the biofuel this year, according to the 2007 energy law that established the national Renewable Fuels Standard. This year’s corn harvest is forecast at 10.725 billion bushels, the smallest in six years, because of the drought. About 4.5 billion bushels will be used to make ethanol in the year starting Sept. 1, or about 42 percent of the 2012 crop, the U.S. Department of Agriculture estimated on Nov. 9.

The EPA said an analysis conducted with the USDA showed that waiving the mandate would only reduce corn prices by about 1 percent. A review with the Energy Department indicated that a waiver would not affect household energy costs, the EPA said.

The National Council of Chain Restaurants said that under the Renewable Fuels Standard, ethanol is forced to “commandeer a shrunken pool of available corn for food and livestock feed.”

In an e-mailed statement, Rob Green, the executive director of the the group, said the law “unfairly distorts the market at the expense of chain restaurants, our consumers and everyone else involved in the food supply chain.” The organization represents companies including McDonald’s Corp., Denny’s Inc. and Cracker Barrel Old Country Store Inc.

“The government is picking winners and losers,” said Representative Robert Goodlatte, Republican of Virginia, a former chairman of the House Agriculture Committee and a backer of the waiver. “Livestock and food producers as well as consumers of these products are on the losing end,” said Goodlatte. The lawmaker said he supports legislation to change the biofuel requirements.

Biofuel industry groups and officials including Agriculture Secretary Tom Vilsack contend that the market has already rationed ethanol production. Output has fallen 14 percent this year to 824,000 barrels a day in the week ended Nov. 9, or 12.6 billion gallons on an annualized basis, Energy Department data show.

ADM said it welcomes the EPA ruling. “With the economic benefits of ethanol for consumers, the market rationalization taking place and the existing flexibility for compliance, we believe the Renewable Fuel Standard is working as it was designed to do,” Jackie Anderson, a spokeswoman for the Decatur, Illinois-based company, said in an e-mailed statement.

Denatured ethanol for December delivery rose 0.7 percent to $2.359 a gallon today on the Chicago Board of Trade. Prices have gained 4.9 percent this year.

Under the 2007 energy law, the EPA can suspend the mandate if it would severely harm the economy of a state, region or the U.S. The legislation calls for the U.S. to use 15 billion gallons of corn-based ethanol annually by 2015 and 36 billion gallons of biofuels by 2022. About half of that amount will have to come from “next generation” or cellulosic sources such as grasses and wood waste, and not from corn.

In 2008, when corn prices reached a then-record $7.9925 in June of that year, the EPA rejected similar requests to ease the mandate from Arizona Senator John McCain, then the Republican candidate for president, Texas Governor Rick Perry and other officials.