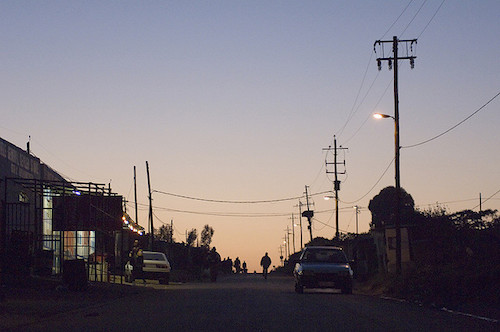 Engie SA and Kawisafi Ventures, supported by the Green Climate Fund, invested in the U.K.’s BBOXX Ltd. in a bid to boost the rapidly expanding global market for off-grid solar power.

The C-round series raised $20 million, according to a statement by London-based BBOXX, which said that Montreal-based merchant bank MacKinnon Bennett & Co. and the Dutch Doen Foundation also participated. BBOXX will use the money to expand in Cameroon and the Ivory Coast.

“We are excited about the growth potential for African off grid solar markets and delighted with BBOXX’s rapid development,” said Laure Vincotte, Managing Director of ENGIE Rassembleurs d’Energies.

Off-grid solar grew from an afterthought a decade ago into a $700 million market in 2015, according to Bloomberg New Energy Finance. About 100 developers are working mostly in Africa and Asia. The systems typically include a rooftop panel, battery storage, lights, a phone charger and sometimes small appliances such as a television or fan.

“Until recently, off-grid solar has been in the fringes,” BBOXX Chief Executive Officer Mansoor Hamayun said in a telephone interview. “Our goal is to bring it into the mainstream. It’s moving into utility extension plays, project finance plays.”

BBOXX has installed about 70,000 systems at a pace of about 200 per day. It manufactures the technology and licenses both its hardware and software to other companies, which now include Engie, formerly known as GDF Suez.

“Solar home systems are fundamentally different from the traditional utility business model,” said Itamar Orlandi, analyst at Bloomberg New Energy Finance. “There’s probably an element of a strategic hedge in Engie’s decision to get an inside view into those companies.”

The French energy giant has a focus on transitioning to cleaner energy. It bought a majority stake in California-based battery installer Green Charge Networks LLC in May and has signed an agreement with telecom Orange SA to jointly develop off-grid products that would be paid for through mobile phone credit.

Hamayun sees the data as a way to reduce risks that come with working with clients without bank accounts and credit history.

“The product is one tenth of the story. The rest is the monitoring system, the information, remote distribution, which are essential to scale,” he said.

BBOXX is planning to expand to Nigeria before the end of the year and Pakistan in 2017.