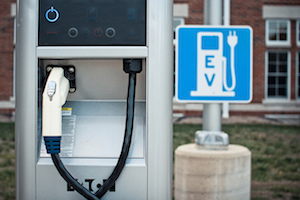 Installation of a new network of 34 electric vehicle (EV) charging stations along the Trans-Canada Highway will take advantage of energy storage to charge cars faster and help overcome “range anxiety.”

The public-private project is the result of an agreement between eCAMION, Leclanché North America, and SGEM, and funding in part from Natural Resources Canada under the Canadian Energy Innovation Program. eCAMION and Leclanché formed a Toronto-based joint venture, named FAST Charge Inc., to manage the project.

The companies said that most public EV charging stations require about six to eight hours to charge a vehicle fully, making it cumbersome for EV drivers to travel long distances and contributing to range anxiety.

The new system being developed by FAST Charge will have an energy storage system, using large-format lithium-ion batteries, along with multiple outlet charging units that can charge several EVs at once. According to the companies, the system will overcome the slow charge issue by acting as a buffer between the grid and the vehicle, allowing EVs to be charged rapidly from the lithium-ion batteries instead of directly, and more slowly, from the grid. Charge time will be about 20 minutes.

“Our system will recharge the battery storage units during off-peak times at considerable cost-savings and reduction in stress to the grid,” Bryan Urban, EVP of Leclanché North America and president of FAST Charge, said in a June 20 statement.

FAST Charge has already started work on the demonstration units, with completion planned for the end of this year. Manufacturing is scheduled for 1Q18, and installation of the EV charging stations will be completed through the remainder of 2018.