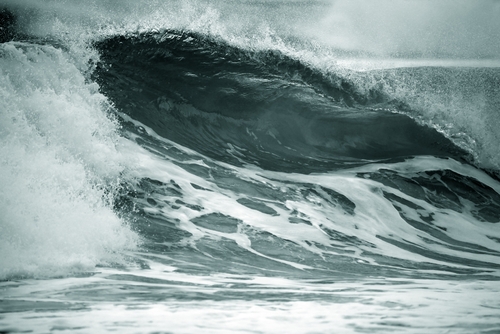 LONDON — Wave and tidal energy has the potential to bring 3 billion pounds ($4.7 billion) a year to the U.K. economy, according to the Carbon Trust, a group set up to advise business and government on how to reduce emissions.

The industry could also create 8 billion pounds of exports and 26,000 new jobs, Stephen Wyatt, head of technology acceleration at the organization, said today at a conference in London. He didn’t specify when those gains might be realized.

Energy from the waves and tides has the potential to meet 11 percent of the U.K.’s current energy needs by 2050, Wyatt said. No commercial-scale projects are operating now because the technology remains in its infancy and expensive to develop.

The industry this week received a boost as the U.K. government said it will more than double its support for marine energy under its Renewable Obligation Certificate program that requires utilities to buy increasing amounts of electricity from clean sources.

Wave and tidal energy is now eligible to receive five certificates a megawatt-hour, up from the previous two. Five ROCs equates to about 210 pounds, at current ROC prices.

“To get the industry off the ground we need equity investment to develop commercial products and project equity to fund installation of technology at the sea,” Martin McAdam, chief executive officer of wave company Aquamarine Power Ltd., said by e-mail. “The five ROC announcement is an important step in ensuring we give investors’ confidence to invest in this sector.”