Kenya’s renewable energy ambitions have attracted growing attention in recent months. There has been a strong uptick in interest in the country’s wind energy potential in particular. Last year, Kenya’s Ministry of Energy and Petroleum said in an investment prospectus for 2013-2016 that it plans to boost wind power generation by 630 MW as part of its target to increase electricity levels by 5,000 MW by 2016. In March, the Kenyan government also signed a financing document for the largest private investment in Kenya. 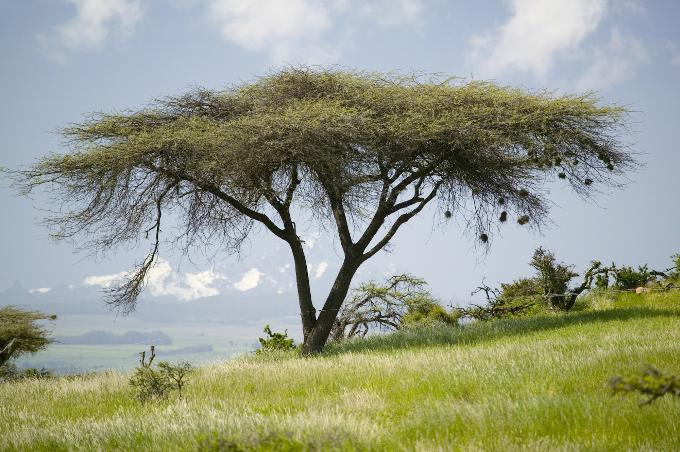 The Lake Turkana Wind Project (LTWP) in northeastern Kenya, spanning 40,000 acres, will provide the country’s national grid with 300 MW of wind power capacity, or a fifth of the country’s installed electricity capacity. Construction is due to begin imminently and the facility is expected to be online by 2016. Three hundred and sixty five wind turbines will generate the energy at the farm.

“All is progressing very well now and hopefully the long awaited final notice to proceed on the transmission line will be in place this week,” said Carlo Van Wegeningen, Chairman, Lake Turkana Wind Power. “This is the last CP we are waiting for to allow to proceed and commence construction,” he added.

According to Van Wegeningen, the project will have huge benefits. “It will increase the power generation capacity to the country by 17 percent. At EU € 0.0752 per kWh LTWP will be the cheapest new and clean source of power in the country after geothermal,” he said. “Today’s average cost of power in Kenya stands at approximately EU € 0.12/kWh. LTWP will save the Kenyan economy some $150 million a year in fuel replacement costs. It will contribute $1 billion in income tax payments over the life of the project,” Van Wegeningen added.

As well as the Lake Turkana farm, a number of other wind power projects are in the pipeline in Kenya. They include the Kipeto Wind Project in the Rift Valley Province, which will have a capacity over 100 MW; a 90-MW Electrawinds project in Lamu; and the 61-MW Kinangop wind farm project in central Kenya under UK-based wind turbine supplier Aeolus Power.

Kenya’s wind energy potential is high, say experts. Wind speeds of as much as eight to 14 meters per second are being recorded in several areas of the country, making wind-powered electricity production attractive on a commercial level as well as an environmental one. The government is keen to boost its intelligence about the best sites for wind farms and has set up 61 wind masts and data loggers all over the country over the last three years to this end. It plans to erect 34 more this year. After gathering sufficient information, the state plans to offer the best sites for wind power generation up to investors.

Solar Power On the Grid Not as Strong

In contrast to Kenya’s booming wind power sector, Kenya’s solar policy has been beset with confusion. In January, The Guardian reported that the country planned to source half of its energy from solar by 2016 through a plan to invest $1.2 billion jointly with private firms to install nine major solar power plants across the country. The government has announced no such plans.

On the other side of the spectrum, in November last year there were media reports that the country’s government had suspended new licenses for solar plants and wind farms until 2017 and would focus on cheaper non-renewable energy sources instead in a bid to slash electricity costs. Insiders deny that this is the case. “There is no sign that there is any official moratorium, no high ranking official has said so. Kenya seems very much still open for business in this regard,” said Janosch Ondraczek, a researcher on solar energy in East Africa and a project manager for renewable projects at PricewaterhouseCoopers.

Ondraczek points out that on grid solar energy production does not feature in the aforementioned investment prospectus and enthusiasm for solar on a government level is weak.

“There is much less conviction from the government that this is what they want to pursue,” said Ondraczek. “There is very little mention of solar in the document and on-grid solar has no mention at all. The government effectively foresees that solar will contribute zero percent of power generation on-grid,” he adds.

Ondraczek also points out that the government’s preference for wind energy over solar is considerable.

“Wind has been around for longer than solar and people are only just starting to lobby properly for solar projects in Kenya. The state also sometimes points to some evidence that suggests wind is more competitive than solar but this is based on outdated numbers. Technology and costs improvements are constantly being made when it comes to solar and it is catching up with wind,” he added.

Insufficient subsidies for solar projects have prevented the industry from really taking off, argues Ondraczek. “Despite the fact that feed in tariffs have been in place for a few years nothing significant has really happened because of insufficient subsidies,” Ondraczek said. “The tariffs for sale are not sufficient to facilitate any major uptake,” he added, pointing out that this is perhaps unsurprising for a sub-Saharan African country; they have limited funds to “play around with subsidies,” Ondraczek argues.

Although the government has limited enthusiasm for on-grid solar projects, it has pursued a policy of ramping up off-grid solar production in rural areas as part of its 2009 Rural Electrification Master Plan. So far around 744 public places in isolated areas, from health centers to schools, have been hooked up to off-grid solar power through the initiative. Demand for PV panels is estimated to have risen by around 200 kW peak. Five off-grid stations have been put in place and as they enjoy solid internal rate of returns of 20 percent, the operation is being expanded to build new plants and also make existing ones bigger.

“The biggest challenge in Kenya is access to electricity in rural areas so that is why the government has been keen to work in this area,” said Njoka.

“The government has spent serious money on this and there is quite some government momentum and conviction,” Ja Ondraczek also said.

Despite the government’s exclusive focus on solar in the context of rural areas, according to experts, solar has huge potential on-grid as well in Kenya.

“There is no question that solar has huge potential both on-grid and off-grid,” said  Ondraczek. “The level of sunshine, granted, is not as good as northern Africa but it is still a lot better than in Europe. A big advantage of solar is that it does not take a long time to build the infrastructure so it can be rapidly deployed. You are talking a couple of months rather than a couple of years. If you consider all that then the reluctance to look beyond the off-grid niche is not justified.”

“The potential for solar is high,” Njoka said. “The only challenge is most of the land that could be potential sites for plants and so on is owned by communities rather than the government. So negotiating with the community can sometimes be tricky. A lot of investment is also required for solar PV so that makes some investors a bit reluctant,” he adds.

Nonetheless, there are signs that organizations in the private sector are showing more and more interest in deploying large solar projects of their own.

“There is basically real potential for solar wherever the government is not involved,” said Ondraczek

In May, the British firm Solarcentury successfully finished installing a 1-MWp PV plant at the Changoi Tea Farm in Bomet County, Kenya. It has gone down in history as East Africa’s largest solar project to date.

“Williamson Tea’s solar farm in Changoi is a shining example of the opportunity for solar in Africa, and indeed the emerging markets, to help meet the increasing energy demands of growing economies,” according to Solarcentury CEO Frans van den Heuvel. “Sustainable energy sources are becoming more critical especially as the cost of fossil fuel energy continues to rise globally,” he added.

The installation is expected to slash the energy costs of the farm’s owner, Williamson Tea, by roughly 30 percent. The firm will be less dependent on energy from the grid and costly diesel.

“There will probably be many more of such examples to come and things are likely to happen a lot quicker in this arena than any government initiative,” Ondraczek said.

Hope is also being pinned on Kenya’s geothermal industry. Kenya has huge potential for geothermal which has not been tapped, say observers. Once the infrastructure is built, the industry could rival non-renewable fuel sources like coal. Out of the renewables, geothermal is the most reliable in the Kenyan context and it is a quick fix solution,” said Njoka. The country has estimated geothermal energy potential to be 10,000 MW, with the cost of development of around $4 million per MW.

Major geothermal projects underway include one at Olkaria, Kenya’s biggest geothermal plant, which is located 80 km northwest of the capital, Nairobi. The site’s drilling rate is around 40 wells per year. One well has an 18 MW annual capacity. It is estimated that today the site holds around 280 MW of geothermal electricity capacity, which site operators aim to soon double.

The LTWP is also expected to have a positive knock-on effect on the geothermal industry. “The transmission line being constructed for LTWP will allow for more geothermal power generation to access the grid as it will cross the entire Rift Valley, which is rich in that resource. This will also contribute enormously to the Country’s rural electrification expansion program,” said Van Wegeningen.

According to Ondraczek, the outlook for Kenya’s renewable energy sector is positive, although enthusiasts should expect reform rather than revolution. “There are big developments like Lake Turkana but overall things are crawling- nonetheless in the right direction. And we should expect more positive news to come out of the country over the next few years.”

Lead image: Kenya cityscape from above via Shutterstock