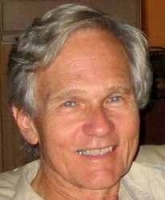 Internal combustion engines are inherently inefficient due to friction and pumping losses. After a century of evolution gasoline engines in cars are still typically only 21% efficient! Electric motors have no such limitations and are actually capable of 98% efficiency including electronic control losses! Why do we keep wasting our precious fuel on such an inefficient system? The answer is energy storage.

Gasoline, diesel and ethanol fuels are all amazingly compact ways deliver and store energy. Fuel has dominated our transportation sector because batteries are large, heavy and expensive compared to a simple gas tank. Classic lead-acid batteries, for example, need about 388 times as much volume to store energy as gasoline. Electric cars only need to carry about ¼ as much energy because of this efficiency advantage but that still means a lead-acid battery must be 388/4= 97 times larger than a gas tank. It’s no wonder gasoline has dominated for a century. Gas tanks are cheap and gas used to be cheap, so why bother?

Lithium batteries have now evolved to a point where they are safe, quickly rechargeable and capable of outlasting a car. They still take up about ten times as much space as a gas tank, but the big remaining problem is cost. Mass production will eventually reduce cost significantly but for now the plug-in hybrid (PHEV) approach solves the problem nicely: Most cars are driven to work or on errands near home except for very occasional long road trips. By providing a gas engine and generator to extend range, a 20 or 40-mile battery capacity can efficiently handle almost all driving. The only time you buy gas is when you take a long trip.

PHEVs exist now only as Prius conversions. The 2008 bailout (energy) bill provides deductions of up to $10,000 that depend on the battery capacity. By late 2010 we will have a large selection of PHEV launches including the Chevy Volt. When the battery is exhausted, a PHEV acts just like a hybrid. The real payoff is during commutes and errands, when it is essentially a pure electric car. The Tesla roadster is the first lithium-powered pure electric car. It has 244-mile range and 0-60 time of 3.9 seconds. Fifty of these cars have been shipped to date and they have a large backlog in spite of the $109,000 price tag.

Tesla has done an excellent study of well-to-wheel efficiency comparing their pure electric to several other real high-efficiency cars. Their study shows that electric cars beat all other approaches even with our present inefficient, 50% coal-powered electrical grid! As bad as coal power is, the 4x efficiency advantage of electric motors makes electrics still cause less than half the CO2 emissions of any gasoline-powered car.

Assuming it is being powered by a modern combined-cycle natural gas power plant, the well-to-wheel efficiency of the Tesla electric is 3.56-times better than a Honda CNG running directly on compressed natural gas. It is also 3.25-times more efficient than a Honda FCX fuel cell car using hydrogen made from natural gas. It is more than twice as efficient as a Prius hybrid. Note that these ratios also apply to the amount of CO2 and other emissions released into the atmosphere. Less fuel means less pollution.

The V2G (Vehicle to Grid) concept makes it possible for cars under charge to actually drive the grid when needed. V2G customers get a reduced rate because their charger actually supports the grid temporarily when there is a shortage of power. Charging only occurs when there is plenty of power available: at night or during a gust of wind that creates an excess of power. During a wind lull or when a cloud obscures the sun there may be a shortage, which can be filled in from the batteries. V2G systems are already being manufactured and are under system test in several locations.

Solar power is mostly produced around midday, yet peak usage is in the evening. Wind power builds in the afternoon and extends on into the evening well past the peak need. By defining the V2G charger logic properly, the grid will be stabilized automatically and variable renewable energy can be utilized to a much higher degree. The grid is designed to handle peak loads usually for air conditioning on hot afternoons. Since cars on charge can wait till power is available at night, no expansion of grid capacity will be needed to provide power for electric cars. An amazing bit of synergy, which makes me feel that this was meant to be: Quiet, clean, fuel-free cars — recharged by a fuel-free grid! A future I anticipate with delight.

Thomas R. Blakeslee is president of The Clearlight Foundation, a non-profit organization that invests in renewable energy and other socially useful companies and issues cash grants to individuals who are working effectively for change.